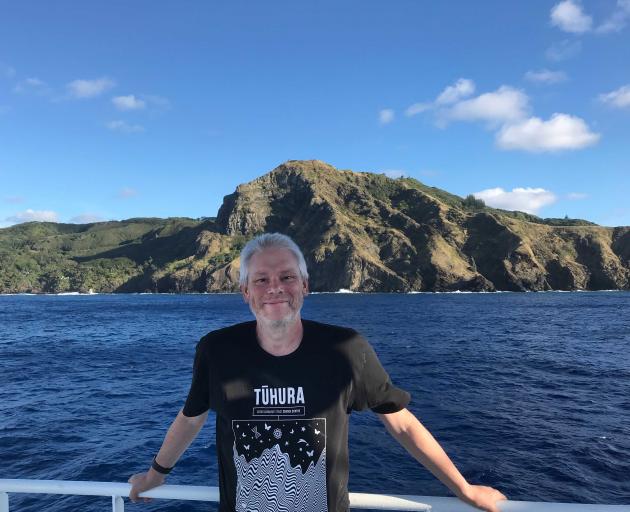 As the sun rose last Wednesday, along with 12 other intrepid solar eclipse chasers, I was on board the MV Silver Supporter, anchored off Oeno Island.

We had hoped to land on this remote Pacific atoll and observe a total solar eclipse. Unfortunately, weather conditions were terrible: rain, clouds and a 3m swell prevented us from leaving the support ship.

Having travelled more than 5000km from Dunedin, I was somewhat disappointed at the prospect of not seeing anything. However, while others in my party began to drown their sorrows, I was determined that, having come this far, I would find a way to enjoy the event.

I headed for the unprotected upper deck to record what a total solar eclipse ''looks like'' during such challenging conditions. While many have seen a total eclipse in clear sky, few have bothered to view the spectacle from beneath clouds.

I was not disappointed. While the sun was invisible, from my moist and overcast Pacific perch I got to enjoy an astonishing sight in the final few minutes before the total eclipse began.

From normal levels of daylight, the sky darkened dramatically, to the point where I could not see much at all. As totality started, I simply had to cheer! The ship's (primarily Eastern European) crew, who hadn't really expected this to happen, came out to see what was causing this eerie light change, and to see if I had gone mad.

After just under three minutes, the eclipse ended and the sky began to return to normal brightness. While the experience was in no way as exciting as actually seeing the sun eclipsed, the memory of sudden darkness falling on a ship in the middle of the Pacific will linger long in my memory, as will the three days and one night I got to spend on Pitcairn Island, the world's most recently declared Dark Sky Sanctuary.

With incredibly dark skies, friendly hosts and a terrifying Jacob's ladder climb to board an island longboat, I am determined to return to this remote but fascinating part of the world.