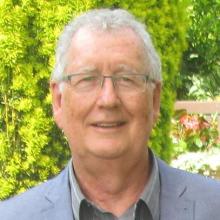 Ian Munro
Last week, I came across a great idea for introducing the decision-making process. A teacher friend has been taking his Year 9 class through the process using our Government’s response to the pandemic and setting it alongside the decisions being made in other countries, writes parenting columnist Ian Munro.

Our Government’s approach was to have a step-by-step plan, clearly explained with a clearly stated intended outcome, all based on the best evidence available on the day. They also allowed themselves room to modify the plan as more information came to hand.

It’s a great, topical way of demonstrating the process because, as you walk pupils through it, they can contribute examples from their own experience and observations. That the stated goal was achieved helps. It also demonstrates that one problem solved can then sometimes deliver a range of new problems. And that’s real life — not all outcomes are perfect.

Any problem firstly needs to be identified and stated clearly and simply. A problem well-stated is already half-solved. They might need to be taken through the five “W’s” — who, what, where, when and why.

The next step is to come up with as many options as possible. This in itself is an important concept — there’s usually more than one solution to a problem, some more workable than others.

Writing the possibilities down is a useful exercise, so that each gets fully considered. Each solution is equally valid no matter how impractical it might seem. This is a creative process. There’s nothing wrong with throwing in an idea or two ourselves if something is being missed or your teen is struggling.

Evaluation is the next step — the pros and cons, or costs and pay-offs, of each idea. This could mean you will need to ask why each might work and might fail and ask some leading questions to make sure all outcomes are considered.

Having ensured your teen understands the possible consequences of each option, it’s time for the big decision. This need not be made straight away. Taking some time to think further isn’t a bad thing.

The decision should be made with the understanding that, ultimately, it mightn’t prove to be the best.

Pandemics aside, the best time to introduce this process is when your pre-teen comes to you with a problem that doesn’t involve us. Being able to act as the impartial adviser increases the chances of success.

Introducing opportunities and some techniques for teenagers to make their own decisions and to learn from the consequences, while we’re still in a position to support and to veto, is important in helping keep them safe.