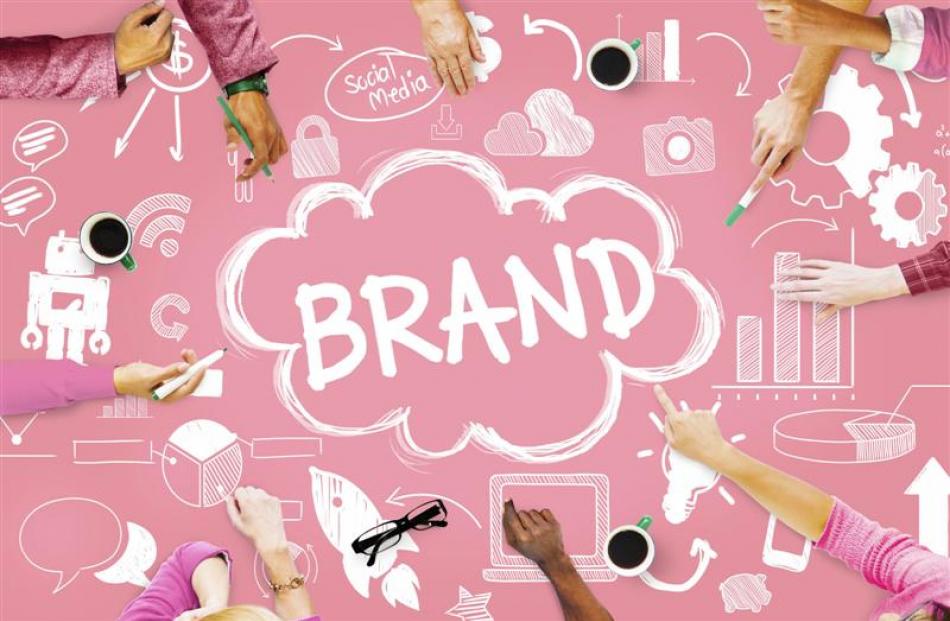 Nothing epitomises our market-oriented education system like the frenzy of school open days and open nights. Bruce Munro pauses amid all the hype to ask whether this brand-driven, competitive model is the best way to give our children a high-quality education.

He is talking to other dads about school open nights.

They are comparing notes on which schools they will visit with their children and how best to fit them all in.

Crammed into one fortnight - starting this past Wednesday and stretching through to August 6 for those parents whose children are on the brink of both intermediate and secondary schooling - more than 15 Otago schools are putting their brightest smile on and their best foot forward to attract as many pupils as possible for next year.

It is going to be a dizzying, high energy, carbohydrate-fuelled week or two.

Already, most pubescent pupils have been hosted, during school time, by several schools.

Showered liberally with complimentary pens and stickers; given free rein to try their hand at metalwork, basketball and computer programming - and sent away clutching drink, food and memories of friendly faces - these young education consumers have weighed their options and made their choices.

Now it is the parents' turn to do the tour, over several evenings, to check their progeny's selection.

The dads want to visit each of the likely high schools and colleges for themselves.

They are talking about criteria such as teacher quality, school values, pupil-to-teacher ratios and ICT facilities.

The schools have invited the prospective pupils to come along too, of course.

Consumers and salesmen alike, there are no fools here.

It is a mad season, but it is the way things are. During the past 30 years, it is what we have grown accustomed to; a world, and with it an education system, that is defined and powered by the values and methods of the market. Choice and competition as natural a part of the school vocabulary as curriculum and competency; a more diverse range of educational options; national standards used as league tables to rank schools by their pupils' academic performance; teachers reminding their charges to uphold the school brand; principals struggling to work together because growing market share is an essential education MO; lavish open day morning teas and prize draws for enrolling pupils; schools within 10 minutes drive of each other, some bulging at the seams while others tighten their belts so they do not lose their trousers ... For two generations of children, this is all they have known.

But it is not how it has always been.

Associate Professor Karen Nairn says there have been three distinct periods in the history of New Zealand's education system.

Before 1877, education was neither compulsory nor free and was not available throughout New Zealand, Assoc Prof Nairn, a researcher and lecturer at the University of Otago's College of Education, says.

But through the Education Act 1877, Government brought in state-funded compulsory secular education.

The next period is from 1933 to 1984. In the aftermath of the Great Depression, New Zealand built a welfare state founded on notions of equality.

The Government was expected to intervene to ensure fairness.

These ideas influenced the goals and delivery methods of education.

The third, and ongoing, period was ushered in by the 1984 free-market reforms of the fourth Labour government and its 1989 shake-up of education, which went by the name of Tomorrow's Schools.

Greater autonomy for schools, more choice for parents and competition between schools were the business tools co-opted to ensure children got a great education.

All of which begs the question, Which way is best?

Should the education of our children be a subset of the variegated, competitive, brand-conscious market?

Or should it be the great leveller; a standardised, equal opportunity to prepare for life?

Mr Seymour is leader of the Act Party, which introduced partnership schools to New Zealand as part of its confidence and supply agreement with National in 2011.

Partnership schools are state-funded, but build linkages with other organisations or businesses.

They have a high level of autonomy, including setting their own curriculum.

Mr Seymour has a strong interest in education.

''Schools are part of a market,'' Mr Seymour says unequivocally.

And market-led schooling delivers the best results, he says.

Three-yearly testing of 15-year-olds throughout 50 countries shows ''when schools have a wide range of possibilities for how they operate, and people have more choice about the schools they attend then, generally speaking, people get better educational results''.

People do get concerned about schools promoting themselves, but Mr Seymour thinks it is ''great''.

Yes, he concedes, an alternative motivation could be the welfare and development of existing pupils.

''But surely one of the things you would then do, if you had that motivation, would be to capitalise on it and tell more people,'' he says.

Mr Seymour would like to see every New Zealand school given the chance to become a partnership school.

He cites Sweden, which has had partnership schools for 20 years.

The provinces with more partnership schools have done better educationally, he says.

Not everyone agrees with that reading of the facts.

Assoc Prof Nairn also gives Sweden as an example, but to opposite effect.

Assoc Prof Nairn sees positives and negatives to both the socialist and free-market approaches to education that New Zealand has experienced.

There never was a golden age, she says.

Prior to Tomorrow's Schools, a largely one-size-fits-all approach did not cater well to Maori or those with disabilities.

But it did come closer to providing equal educational opportunities than the current system.

''We can only understand that ... in contrast to now. Because now we have such widening inequalities,'' Assoc Prof Nairn says.

''It becomes, by comparison, the time when it was closest, even though it was not perfect. Looking back from our perspective now when so many children are growing up in poverty ... That definitely wasn't the case in the '50s and '60s.

''Research shows that poverty impacts on student achievement. I think the market model exacerbates those inequalities.''

Assoc Prof Nairn is also concerned that schools with more resources are able to build their reputation and attract more pupils without necessarily earning that reputation.

''Some schools, particularly if they are oversubscribed, are able to choose their students. Then they can make sure they don't enrol students with not so good academic records or students with a bit of a troubled education history. They can work it so they choose students who will enhance their reputation.

Stuck between an equality rock and a hard marketing place, are the schools.

Competition between schools is most obvious in Dunedin but is present throughout the region, Gordon Wilson says.

Mr Wilson, who is secretary of the Otago Secondary Principals Association, says the organisation has no consensus on whether a market ethos is benefiting or damaging the education system.

''All the schools competing are our members and therefore they would have varying views about that,'' Mr Wilson says.

''We would be of a view that Tomorrow's Schools has positive aspects. But one of the things that doesn't work so well is when ... schools see they have to compete for students. We would wish that schools didn't have to spend a lot of time doing that.

''It's pretty hard for them [schools] to make comment because they are in a situation where they are being obliged to recruit students, because the bulk of them don't have what is called home zones.

''That model did exist years ago, but at the moment it doesn't.''

But there may be a way ahead, both within the system as it is and through changes to it.

Associate Professor Rob Aitken says schools need not, in fact should not, play the marketing game to attract pupils, even if other schools are.

It is a strange thing to hear from the head of the marketing department at the University of Otago.

''I don't think any educational institution should be into marketing, to be perfectly honest,'' Assoc Prof Aitken says.

''Any resources that a school has got should be put into improving what the school does, not telling other people what it does, because they will find that out anyway ... They are not experienced enough, they are not expert enough. They should concentrate on what they are good at.

''Without doubt, what parents want is to be reassured that their kids will be looked after in a socially caring but responsible way and educated to the best of their kids' ability. If a school takes care of those two things, it will work. And people will tell other people. So don't play the business game.''

Changes to the education system are being introduced by Education Minister Hekia Parata. Ms Parata is promoting co-operation between schools to develop and share skills and ideas that will improve children's educational achievement.

But it remains to be seen how well the co-operative communities model can be meshed with the competitive market model.

The time could come when one has to be chosen over the other.

Assoc Prof Aitken has a couple of thoughts that speak to that.

Fundamentally, education is a service, not a business, Assoc Prof Aitken says.

''Education is an expectation that something of quality will be provided for the future. And most business is not about the future, it's about how are we doing this month, what's the turnover in one or two or three weeks? It's not geared for the long-term. But schools are. They are an investment in the kids and in the community.''

Everyone, it seems, now has their own brand.

From hamburgers and rap artists to schools and ''selfies'', everything has to have its own distinctive, consistent, image-conscious persona.

In a world of 7.3 billion people, with a surfeit of marginally different products and nothing new under the sun, it is perhaps not surprising that ever more effort is being expended on finding some way, any way, to stand out from the crowd.

But it might not be doing us or the planet any good at all, according to Associate Professor Rob Aitken.

People thinking of themselves as a personal brand has certainly increased, Assoc Prof Aitken, who is head of the University of Otago marketing department, says.

He likes its emphasis on individuality but is cautious about the connotation of competition it carries.

''The form of competition we've been led to believe in hasn't been too successful really,'' Assoc Prof Aitken says.

He believes the heart of successful marketing is being honest and sincere.

From that point of view, the idea of the personal brand misses the boat entirely, he says. It suggests you can become somebody else by marketing yourself in a certain way.

He suspects the focus on personal brands is a dangerous exercise in avoidance.

''Let's focus on packaging yourself. Because then you've got a chance of not being affected by those things. So it deflects the attention away from really important things.''

But Assoc Prof Aitken thinks a swing away from marketing hype has already begun.

''I think there is a bit of a backlash against that constant promotion of superficial fronts where you have no idea what is really behind the facade.''