A septet of stratospheric auroras 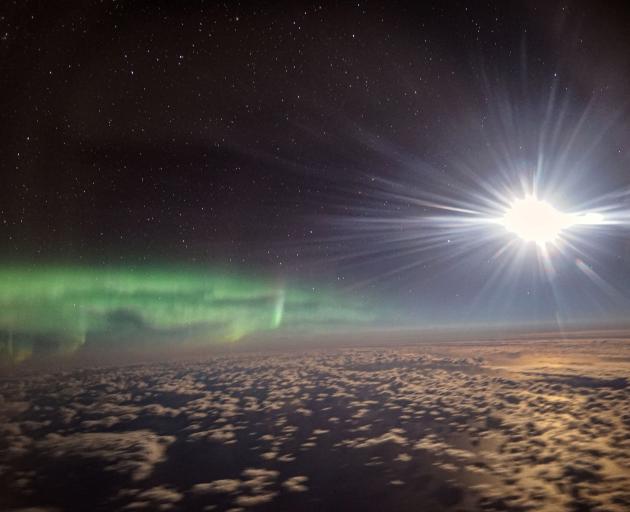 Photo: Ian Griffin
I am fascinated (people who know me well say a better description is obsessed) by the aurora australis, writes Ian Griffin.

Ian Griffin
I first observed a display of the southern lights from Second Beach in St Clair less than a week after my arrival in Dunedin. Over the subsequent six years, I have seen the aurora on more than 150 separate nights.

While many of these displays have been little more than pale southern glows, some have been magnificent. Most memorably, the famous ''St Patrick's Day'' aurora of 2015 was a sky-filling spectacle that lingered long in the memory.

As well as enjoying auroras from the ground, I have seen stunning displays from the air. In July 2016, I was invited by Mark Gilbert, then US ambassador to New Zealand, to be his guest on a flight of the US/German Nasa/DLR Stratospheric Observatory For Infrared Astronomy (Sofia).

Sofia is a flying observatory. It is based in New Zealand for six weeks every year. During these visits, Sofia often flies directly beneath Earth's southern auroral oval, which is the name given by astronomers to the zone where auroras are more common.

Beautiful auroras I experienced on my flight inspired me to organise two commercial charter flights to the auroral zone. The first flew from Dunedin in March 2017.

A second departed from Christchurch in March 2018. During both trips, passengers witnessed some lovely auroras as we flew far to the south of Aotearoa. Another flight as a guest observer on Sofia in July 2018 brought my tally of stratospheric southern auroras up to four.

This got me thinking about a new project which might utilise Sofia to learn more about southern auroras. After a conversation with local space weather expert Prof Craig Rodger, a pitch to Nasa to utilise Sofia was well received.

As a result, since the start of July a pilot scheme has meant I have had three more flights on Sofia, each time getting fantastic timelapse images of the aurora.

With a septet of stratospheric aurora trips under my belt, I'm hoping the project will be repeated when Sofia returns in 2020!