Sports psychology for getting those dishes done 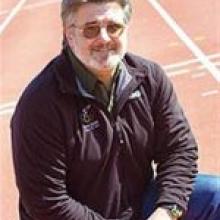 Ken Hodge
The right mental attitude can be the difference between gold and silver at the Olympics. Kim Dungey asks Ken Hodge, a mental skills coach for previous Olympic teams, if we can apply sports psychology to our everyday lives.

Q: What advice will our athletes in Beijing be getting from sports psychologist Gary Hermansson?

A: One of the big challenges of the Olympics is they only happen every four years, so most athletes don't get experience coping with the unique environment the Olympics brings . . .

They're used to going to world champs that are solely focused on their sport. They get to the Olympics where there are dozens of sports and it can be a massive distraction.

Then there is living in a village, the strict security and the media attention.

Sometimes when athletes go into an unusual environment, they think to be successful they have to do something different.

The key advice will be to trust yourself, trust your training plan and trust your mental preparation.

They need to stick to the normal way they prepare for a major international event and trust it's going to work.

Q: New Zealand athletes have been accused in the past of not having a tough enough mental attitude at big events. Is this fair?

A: I don't think there is any truth in it.

If the New Zealand public or media want to tell Sarah Ulmer, Mark Todd, Hamish Carter, Rob Waddell and John Walker that they're weak and chokers, good luck to them.

Q: What difference can the right mental approach make?

A: When you ask elite athletes how important mental focus is during an event, most say well over 75%.

When you get to an Olympics, everyone is fast, skilled, well coached.

To a large extent, the physical things tend to even out.

The difference is who can deliver and that often comes down to the mental preparation.

A wonderful example - Hamish Carter won gold at Athens and was something like 26th in Sydney.

He has said in interviews that the difference was his mental preparation . . .

Q: What are the mental qualities that separate champions from near-champions?

A: Champions who succeed consistently set themselves very difficult, challenging performance goals but goals that are within their control - for example, a personal best . . .

They have a very strongly practised mental warm-up before each event - a routine that gets them in the right headspace to perform well.

But they also expect the unexpected and have worked out how to cope with it. QWhat can we take from sports psychology to help us in our everyday lives? ASet yourself challenging and "doable" goals.

Visualise success. Focus on your core business and on things you can control.

Q: What is the key to meeting our goals?

A lot of people set New Year's resolutions and don't achieve them because they don't plan what they're going to do to achieve their goal and they keep doing what they've always done.

If you want a different outcome, you've got to modify or change something . . .

Associate Professor Ken Hodge works at the University of Otago's School of Physical Education and has been a "mental skills trainer" for New Zealand teams to the Olympics and Commonwealth Games.