Star clouds of the Milky Way 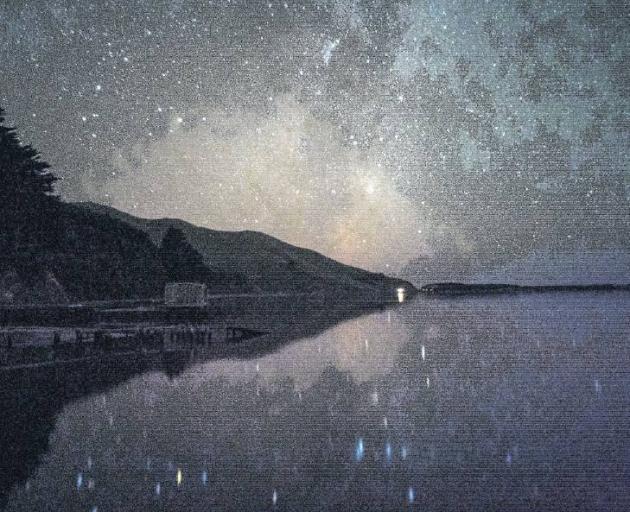 Over the past week, material from a large hole in the sun's outer atmosphere (called the corona) has been streaming earthwards at high speed, creating relatively dim, but still enjoyable, displays of the Aurora Australis across Otago, Ian Griffin writes.

While that hole is now pointing away from Earth, with the dark skies associated with yesterday's new moon, it is always worth keeping an eye on the southern horizon after dark.

In the absence of auroras, once twilight has faded this week, I would like to encourage you to turn your attention to the southeastern sky. That is because in the early part of the night, the star clouds in the constellations of Scorpius and Sagittarius, which encompass the central bulge of the Milky Way, are slowly rising.

To my mind one of the sheer joys of stargazing at this time of year is sitting in a deck chair with a pair of binoculars and sweeping across this part of the sky, which is teeming with star clusters.

I've mentioned previously that you can obtain pictures of the night sky using a digital camera; usually this would involve a fairly expensive camera and tripod. However, I would never have thought that fairly decent pictures of the Milky Way could be taken using nothing more than a mobile phone camera.

Well I was wrong! I recently upgraded my phone, and, just for fun, when out aurora-chasing last week, I thought I would try to see what its camera could do.

So I stuck the camera to the roof of my car (using Blu-Tack!) and propped it up facing towards the Milky Way rising over Hoopers Inlet. The resulting pictures can be seen above. Isn't it amazing what modern technology can do?

The Milky Way is the galaxy in which we live. Astronomers tell us that it contains somewhere between 100 billion and 400 billion stars, and is approximately 180,000 light years across.

While it has taken centuries for the great minds of humanity to understand the structure of our home galaxy, these days you can photograph it with a mobile phone!