Photo by Linda Robertson.
Welcome to Streets of Gold, a Summer Times series celebrating Dunedin’s rich architectural heritage. Today, in collaboration with Heritage New Zealand researchers Heather Bauchop and Susan Irvine, we take a stroll along Royal Tce, which has a fascinating and storied collection of prominent dwellings. 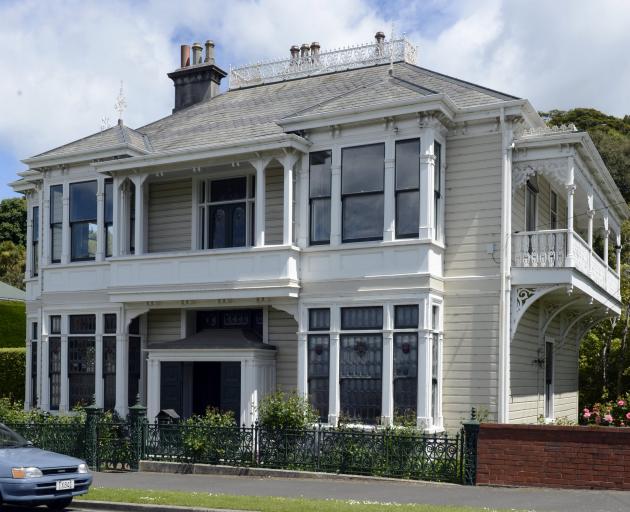 A testament to the position Dunedin once enjoyed as New Zealand's commercial capital, 12 Royal Tce is associated with the prominent Hudson family.

In April 1896, Richard also bought section 28, which included a particularly fine Victorian villa, ''Linden'', which became Hudson's home (for more details on that property, see separate entry on this page). Part of his garden became the site of the home of eldest son Richard Hudson jun (1869-1958), a sunken garden linking the two houses.

It appears Richard jun's home was built between March 1896, when Hudson bought section 25, and March 1899, when Richard jun and his wife Millie (nee Jacobs) were living at ''Daisy Bank''.

Two residences were built in Royal Tce within the probable timeframe, both supervised by architect J.A. Burnside (1856-1920). One tender is advertised just days after the purchase of the site and is perhaps premature. The other dates from February 1897 and represents a more realistic building window.

A two-storeyed symmetrical building with a large basement, ''Daisy Bank'' was built of concrete and wood, echoing a number of Burnside's elegant residential designs.

The Italianate exterior, popular in the late 19th century, included a colonial flavour, exemplified by the north-facing balcony projecting from the first floor.

The northern wing of the house was added and prior to renovations in 1925-26, which may have occurred after 1901, when Richard sen bought section 24 or following his death in 1903 when ownership was transferred to Richard jun.

Multi-paned leaded sash windows were installed in the dining room, living room, sitting room, and landings, and decorative glass doors were hung between the hall and dining and living rooms.

Further significant alterations were made between 1959 and 1967. These included the addition of a lean-to, a first-floor sunroom, and a reconfiguration of the service areas. The current owners renovated the house to remedy some of the mid-20th century alterations. 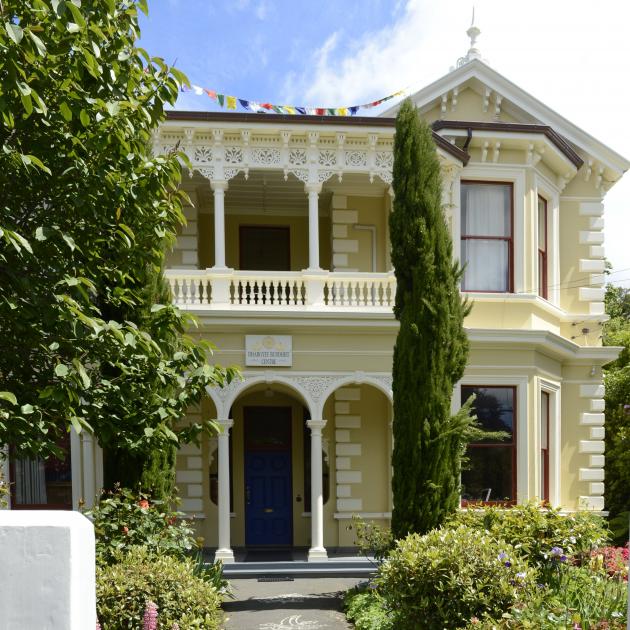 Built in the 1870s, Linden, at 22 Royal Tce,was a two-storied, two-bay Victorian residence of more than 15 rooms, has an exterior comprising plastered triple brick with quoins, foundations of Leith Valley andesite and a slate roof. Yet perhaps more interesting is its connection to the prominent Isaacs and Hudson families.

The section on which this house stands was originally part of a larger block purchased by John Logan (1819-95) in 1855. In 1878 section 28 was purchased by Jacob Isaacs, a Jewish merchant from Melbourne who had moved to Dunedin by 1864 and partnered Bendix Hallenstein in the New Zealand Clothing Factory until he retired in 1890.

The purchase of the section was inspired by Isaacs' marriage (in Melbourne) to Helene Michaelis, daughter of Moritz Michaelis, of the Hallenstein/Michaelis dynasties.

In 1878, Isaacs commissioned a Mason and Wales design (likely by Nathaniel Wales). Completed by April 1879, the house was named ''Linden'' after the Michaelis' family home in Melbourne. There is even a similarity of design, particularly in the restrained ornamentation, slim columns, quoins and lace-like cast iron veranda.

Subsequent owners converted Linden into a lodging house, and it was not until Prof Richard Dowden bought the house in 1975 that it was restored to its former glory (and a family home). In 1986 the house was sold again and became the headquarters of the Buddhist community in Dunedin. 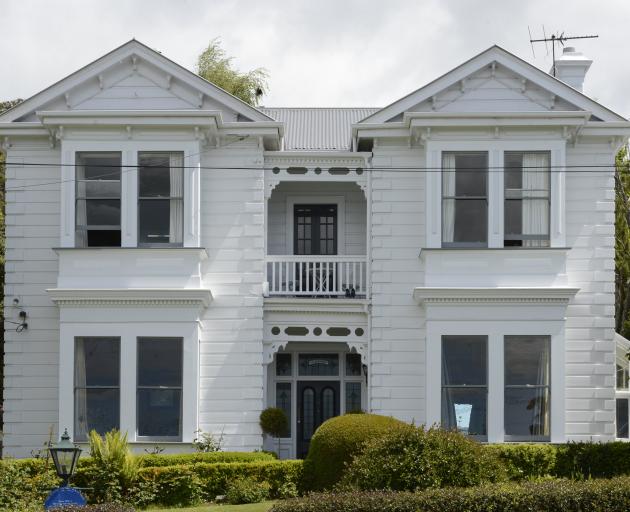 Claverton might sit with an almost modest elegance in a street comprising some of Dunedin's most impressive houses, yet the house at 30 Royal Tce is historically and socially significant because of its association with prominent local politician and businessman Richard H. Leary and as the home of one of New Zealand's most prominent artistic families, the Hodgkins.

Claverton was most likely built in 1877 by local politician and businessman Richard H. Leary (1840-95),

an accountant who had entered local politics in 1875 as a city councillor, and in July 1877 was elected mayor.

In June 1877, architect Maxwell Bury (1825-1912) advertised for tenders to build a house in Royal Tce ''of wood''. If the house was, indeed, designed by Bury, it would be his first architectural appointment in Dunedin.

The design was a two-storeyed single-bay villa, a simple design with Classical proportions. The principal decorations were timber quoins. The front porch was set back behind the bay and had lozenge-form fretwork.

In March 1878, Leary sold Claverton to William Mathew Hodgkins (1833-98), a lawyer by profession but an artist by instinct. His involvement in Dunedin artistic circles was well established by the time the Hodgkins family moved to Claverton House, where Frances spent her formative years and enjoyed painting and exhibiting as a normal part of family life.

Claverton was the venue for early Otago Art Society meetings and Hodgkins' Art Club, which included the leading lights of Dunedin's artistic community.

Hodgkins was bankrupted in 1888 and Claverton sold in 1889. It underwent later modifications, including a second bay, replicating the original, and an enclosed sun room over the entrance porch. The sun porch enclosure was removed some time in the 1990s, returning to the original veranda.

The section on which the house stands was originally part of a larger block purchased by John Logan (1819-95) in 1855 before Keith Ramsay purchased sections 33 and part of 34 in April 1875.

Having emigrated from Alyth, Scotland, in 1862, he established a shipping agency in 1865, acting as agent for small vessels.

In February 1871 he married Janet Torry Douglas, with whom he had nine children.

Born in Scotland, Lawson (1833-1902) began his professional career in Australia.

In 1862 Lawson sailed for Dunedin, where his sketch plans had won the competition for the design of First Church, now regarded as his masterpiece and one of the finest 19th-century churches in New Zealand.

Lawson designed a two-storeyed timber villa with an iron roof and an exterior featuring fretted timber balustrades and brackets framing the verandas.

The interior included many spacious rooms, as well as a hipped lantern light set in the roof, complete with stained glass, which provided the staircase with natural light.

Named Alyth after Ramsay's birth place, the house was completed, at the latest, by March 1875.

Ramsay died in 1906 but Janet remained at Alyth until May 1914 when she sold the property to John J.J. Mallard (1860-1935), who was appointed general manager of the National Insurance Company in 1919.

In recent years, the home has been extensively restored.