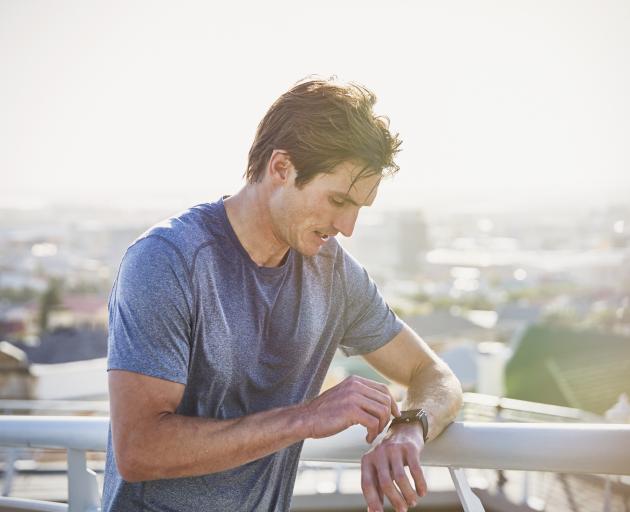 The quantified self hasn't exactly swept the globe but there remain devotees. Photo: Getty Images
Apps and wearable devices are touted as a way to transform health. But are we too obsessed by the quantified self? asks James Tapper.

Martin Lewis owns his obsessiveness about counting steps with something approaching pride.

He tracks his steps, has a graph of his weightlifting routine, and even keeps track of the Scrabble games he plays with his wife. He credits his step obsession — which includes running 40km a week — with losing weight and helping him reduce symptoms of repetitive strain injury.

Lewis is one of a substantial number of people who has embraced the idea of a "quantified self" (QS), a term invented by former tech journalist Gary Wolf to describe people who measure themselves — their bodies, their behaviour — in pursuit of things like weight loss, better sleep, great fitness: "self-knowledge through self-tracking".

The movement was prompted by the emergence first of smartphones and then wearable tech — fitness trackers such as Fitbit, the Apple Watch, heart rate monitors and cycling computers. When Apple launched its watch in 2014, it seemed as though the quantified self could be the route to solving problems such as obesity.

It hasn’t quite worked out that way. Breathless investor reports about wearables focus mostly on the popularity of headphones and earbuds. The number of smart watches sold worldwide in 2018 was 45 million, a tiny number compared with the 1.43 billion smartphones sold in the same year. As for the wearables manufacturers, Fitbit, which had been plateauing, was bought recently by Google. Jawbone went out of business two years ago. Withings was bought by Nokia in 2016: two years later they sold it back to its founder.

But QS isn’t dead — about a third of smartphone users track their health using technology, and there is some evidence that it can work. Vitality, the life insurer, provides discounted devices to members and rewards them if they stay active. A study last year found people on the scheme increased their activity by about 34%.

"It can have benefits. It can help people be more mindful of what they’re doing," says Dr Josie Perry, a sports psychologist.

Some wearable devices include a social element, such as Nike+, where users can track their performance against friends, she says.

"It seems that the sticky element is the community element, rather than the data element."

She could be talking about Lewis.

"I’m incredibly competitive," he says. "The poor people who are friends with me ignore me these days. One of my sister’s best friends, Meital, is generally number two, and she’s very happy when she beats me. I remember once I called my sister on a Sunday night when I was walking round the sofa getting steps. She said, ‘you know Meital is walking round the sofa to beat you this week’? But I was ahead."

Lewis admits he scaled things back two years ago, when he was doing well over 25,000 steps a day.

"It was controlling my life too much. I would say, ‘well, we can’t go out there because I won’t get my steps in’. I genuinely found it dictating where I was going."

Not everyone has the same motivation as Lewis, though, and some QS acolytes have given up, saying they have learned nothing.

The problem is that people using tech often measure the wrong thing, says Jakob Eg Larsen, an associate professor in cognitive systems at the Technical University of Denmark who has been following the QS movement since it was founded.

"One of the reasons why people eventually give up on their fitness trackers is because they might have a question, but they don’t necessarily get an answer if it’s not baked into the technology from a commercial vendor," he says.

People who report good outcomes tend to have a more scientific approach, Larsen says: asking a question, forming a hypothesis, gathering data, then analysing it. He mentions a case of a man with severe allergies who tracked every meal on a spreadsheet to see what coincided with episodes of allergic reaction. After isolating different types of food and changing his diet, he no longer needed to take medication, Larsen says.

The hope is that these individual anecdotes might inform medical research.

"There are lots of cases which could be inspiration for academic researchers," Larsen says.

But people should be cautious about the outcomes of experimenting on themselves, according to Dr Tom Calvard, a senior lecturer in human resource management at the University of Edinburgh Business School.

"We’re all becoming lay psychologists, folk psychologists, and that’s troubling because we’re not statisticians, and we’re not expert in interpreting our own data," he says. "And we can jump to the wrong conclusions."

There are other ethical issues, such as raised by the technology writer Evgeny Morozov. By measuring ourselves, and taking responsibility for our own health, does this give licence to the authorities to sideline more vulnerable people?

For Calvard, the experience of elderly people given a panic button is evidence that this is already happening — it allows the state to narrow its responsibilities to a specific, measurable response rather than a more holistic approach that can’t be proved with data.

When wearable tech is deployed by companies to monitor their own staff, things can become more sinister. Many companies routinely monitor the location of their drivers, which has the twin effect of establishing their safety but also reducing their control.

"Surveillance capitalism", as described by Shoshana Zuboff, leads to Amazon warehouse employees being tracked with wristbands and warned if they are not meeting productivity expectations. The experience of James Bloodworth, who went undercover as an Amazon picker for six months, was that some employees had no time for toilet breaks so used bottles instead.

But is this data worth anything? Does it help a company to know how long it takes an employee to get round a warehouse if it doesn’t also know about the bottles of urine, or how many customers cancel their Amazon accounts when they read about them?

Even people tracking themselves can discover negative effects from the monitoring alone.

"I did a study last year and one of the athletes I spoke to had been injured," Perry says. "She went for her first run back and it was a beautiful morning, running by the river, and she loved every second. She got back, uploaded her time to [fitness network] Strava, and she could see that her brother had run a bit further, and a friend had run a bit faster. And she said she felt like a failure, all that joy wiped out."

Lewis insists he could give up.

"I’m deliberately making a choice not to break the obsession because I think it’s a healthy obsession."

But it has had one unexpected effect. Lewis has rearranged his schedule so that he walks to and from work most days — about two hours of steps. He fills the time with phone calls and was embarrassed during one conversation that couldn’t be heard above the traffic.

"I bought an expensive set of noise-cancelling headphones," he says. "So my fitness tracker has actually made me break my own money-saving rule." 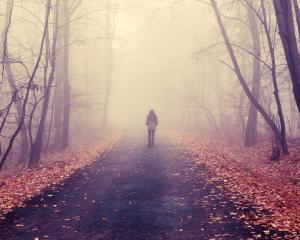 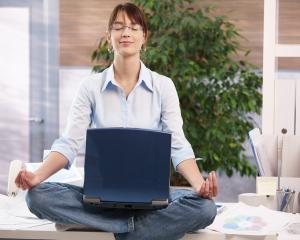 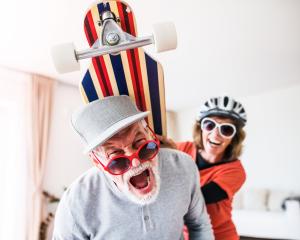 Unteched, I did laps around Zingari in the 1990's, with a stopwatch. Something about getting heartbeats down to 16 a minute. Oh, the energy of 45 year olds, who are not found draped over fences, unexpectedly.