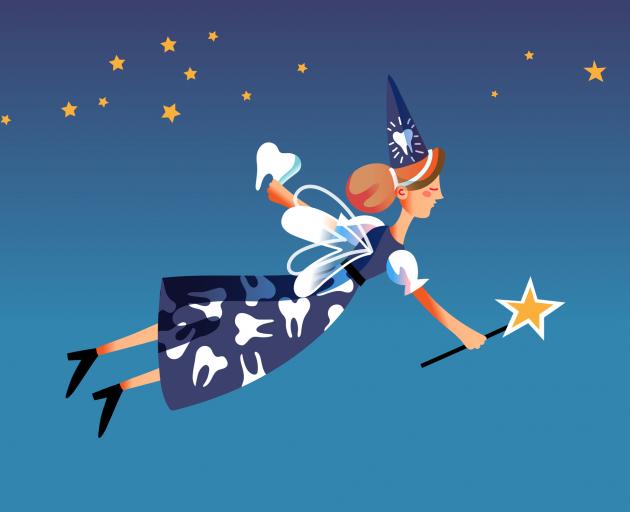 Getty Images
Dunedin writer Erin Howard lets her imagination run riot in this fun-filled children’s tale about two sisters who collect the shopping for mum but run into an interesting character on the way home. Read it aloud or — even better — get your children to read it to you, so it becomes a bit of backdoor learning.

It was a big day for Anika and Stella.

They were to walk together to pick up the shopping.

"The grocery order is ready for you now. There are three things. Bread, eggs and milk. Go straight there. Don’t stop or talk to anyone on the way. If you see anyone you know, just give them a wave."

They set off hand in hand, until Anika wanted to walk along the top of a fence.

It took them a little longer to get to the supermarket.

They had to wait in line, but the groceries were waiting for them when they reached the door.

"Let’s walk across the park and through the trees," said Stella. "It will be faster.

"The grass is dry now, so our shoes won’t get wet."

She and Anika loved the park and the trees. They set off together. It was further than they thought. The groceries weren’t heavy but they were awkward. Anika sat down on a log. Stella sat beside her and leaned against a tree.

"Ouch!" said a squeaky little voice. They leapt up in fright. They couldn’t understand what they were seeing — a very small woman seemed to be hovering above the log. The air was filled with a soft musical hummmmm.

"Of course I am! Isn’t it obvious?" said the very small woman. "Mind you, I’m only just managing it — you leaned against me and nearly squashed my wings!"

"Can’t you see? I’m a tooth fairy of course! Don’t you know anything?"

She peered at them.

"Surely you must have needed a tooth fairy before now. I don’t know, children today ..."

"I haven’t, but I do know about you," said Stella. "You are an essential worker!"

"We’ve never seen you though," said Anika thoughtfully. "What are you doing here?"

"I’m on a course at tooth fairy school, and I’m doing my homework. I’m supposed to be doing 10 ways to hide and 10 ways to get in windows and doors ..."

"But you’re a fairy. Can’t you do magic?" said Stella.

"Of course I am! Of course I can! But only some magic. I’m in level six, but when I pass my test I’ll be in level seven — the top! And of course I still I have to earn a living. Tooth fairy money doesn’t grow on trees you know. I was just a wee bit tired, and a wee bit hungry, so I thought I’d stop and try my blending spell. I sat and leaned against this tree. Clearly it worked — you squashed me!"

She landed softly on the log and the girls could see she had the most beautiful wings. Soft iridescent rainbows of colour slowed to a stop behind her, and the musical hum stilled. The girls stared.

"Eggs. Hmm, I like mine hard-boiled. And I suppose that’s only milk," she said.

"Oh well ..." She reached round behind her and drew out a wand from her belt.

Two smart taps on the shopping and she began to eat.

"You can do magic!" they shouted.

"Of course. Goodness," said the tooth fairy, "do you two say everything together?"

She wiped her mouth and stood up.

"I’d better get going — I can’t be late. Bye-bye girls, and thanks for the food. I’ll see you both again sometime I’m sure. Stand back now."

A faraway look drifted onto her face and the air filled with the musical hum of beating wings. Then she was gone.

"As if by magic!" said Stella.

"We’d better get going too," said Anika, gathering up the food.

She thrust the milk bottle into her sister’s arms. "I’ll take the rest. Quick!"

At home, they ran into the kitchen, flung the groceries on the table and both spoke at once, at the tops of their voices. Mum put her hands over her ears.

"Stop!" she said. "Sit, shush!" The girls sat with a bump on their chairs. They tried to speak again. Mum held up her finger. Then Mum looked at the groceries.

She took the top off the milk bottle. She smelt the milk.

"That’s what we’re trying to tell you!" said Anika and Stella together.

And so they told her who they met on the way home ...