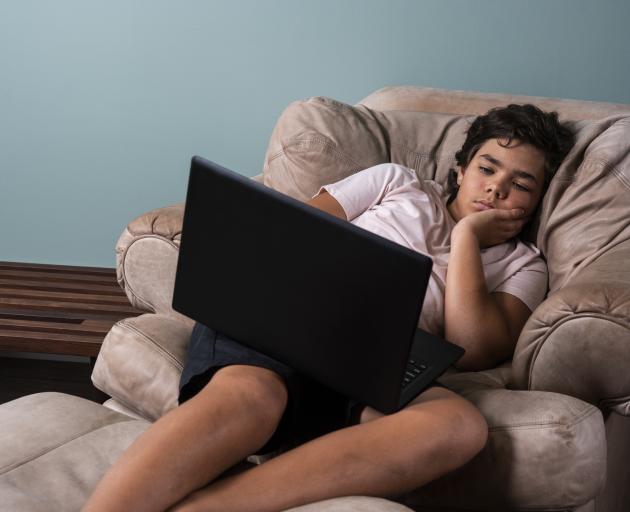 Photo: Getty Images
Since the school holidays are now upon us, and sticking with the technology theme of the past few weeks, let's look at internet bingeing, writes parenting columnist Ian Munro.

United Kingdom research tells us under-16s are now spending more time on the internet than they do in front of the television, while reading books has declined to less than half an hour a day on average. It seems YouTube has taken over from both for its music content, funny videos, gaming content and "how to" advice. However, they do still watch some made-for-television programmes, largely via on-demand.

What it amounts to is a redefinition of television viewing, allowing youngsters (and adults) to watch content of their choice, principally on tablets, rather than what has been programmed.

An issue for parents, therefore, is how to manage the amount of what has been termed "online junk food" consumed by their offspring during the school holidays. YouTube and social media viewing can be extremely time-wasting and unhealthy if it takes up the best part of each day.

Part of the problem is the structure of online content, which encourages viewers to click on the next video clip or game or, worse, begins auto-playing it. Mesmerisingly, they can slowly be led to places you mightn't want them to go.

One parent recently told me about content she found her 11-year-old watching. He denied specifically seeking it out and, sure enough, when she followed the viewing history she found a chain that had taken him over a period of two and a-half hours from innocuous viewing to the video clip she had found him watching.

Internet companies are not going to do this for parents. They probably could easily make the internet a safer place but, even if it's within their technical capability, they aren't going to.

With tablets and phones making the internet so easily accessible, parents do have their work cut out managing its usage. While disconnecting the Wi-Fi is the easiest solution, ultimately the kids need to be empowered to manage usage themselves.

This needs to be education about both the purpose and the quality of what they're viewing, rather than about demonising the tool they'll need to use more and more as they grow. The goal would be for them to understand the issues, much as you might discuss with them junk food eating habits as against healthy eating habits.