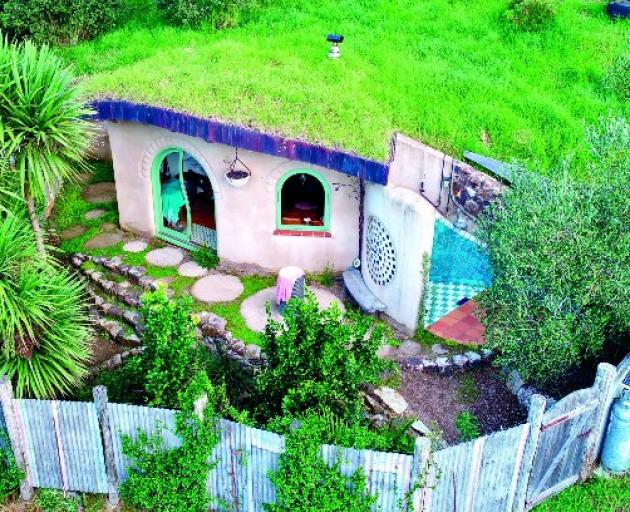 The home is named Piwakawaka, the Maori name for fantail.

Bryce Langston is a New Zealand-based actor, musician, film-maker, environmentalist and tiny house dweller who has spent the past five years travelling the globe exploring trends of alternative living and small space design. Today he visits a hobbit-style home.

Abraham's home resembles a hobbit house. Built into the side of the hill, from the top down it almost disappears into the surrounding landscape. Its gentle curves and semicircular windows give the home a softness and pull you into the space. It’s taking nature’s inspiration and giving it a human touch.

"I feel as though that’s what life intended for us — to not create entirely from new but to take what’s there and enhance it with our own creative flair," Abraham says.

Although the home may give the impression that it grew out of the land by itself, the reality is anything but. In fact, the construction of the house involved a tremendous amount of physically laborious work. It’s a mud-brick building, almost entirely constructed using locally sourced materials.

The house was built on a large concrete footing, reinforced with steel.

The mud bricks interlock together to create a series of strong columns, which are interwoven with concrete and steel.

The majority of materials that have gone into the build are either natural, sourced from the earth and the surrounding landscape of the property, or have been salvaged and reclaimed. Very few new items were used. 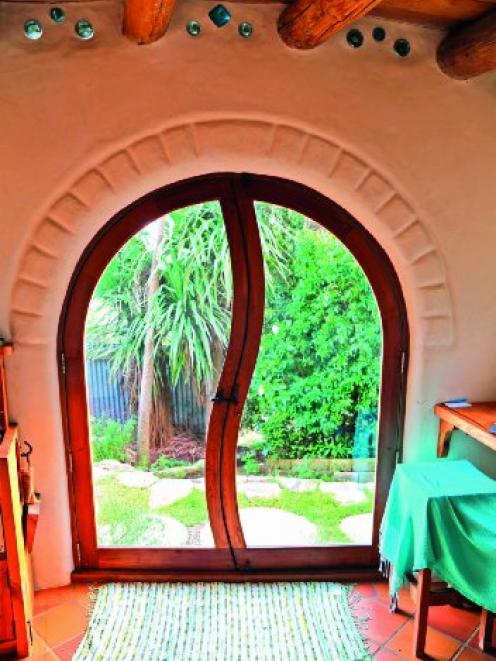 "I believe when materials have gone through an artificial process of manufacture, there is dark energy, almost an anger that is embodied in them, whereas materials that come from nature and haven’t gone through harsh processing contribute to a sense of harmony in the building," Abraham says.

The design was influenced by the contour of the land. An existing sleepout became the home’s bedroom and over on the other side was an olive tree, so the mud-brick structure was designed to flow between the two.

The desire was to create a curvy, flowing building, which would feel gentle on the hillside.

Abraham wanted to channel as much light into the interior as possible during the winter months, while keeping the heat out during the summer, and at the same time not allowing the home to become too cave-like.

It was important that it felt light and open.

The result is a semicircular back wall, which also acts as a retaining wall against the hillside, with the front of the building curving outwards.

The roundness of the building dictates the functionality of the space. 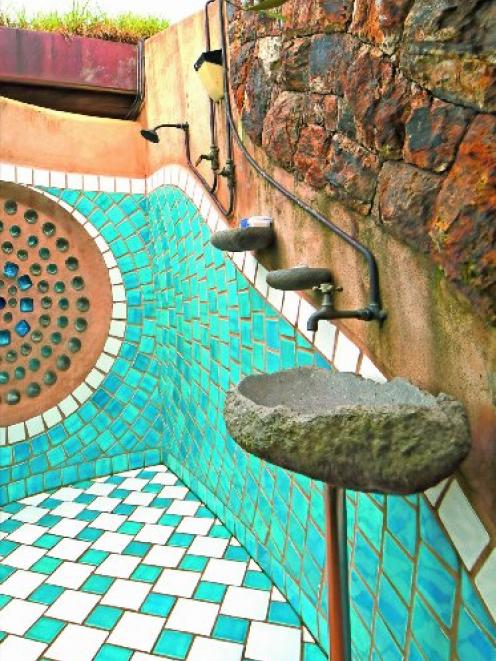 When you have straight walls and corners, it’s easy to place furniture and fittings and create usable spaces. In a round building, it is not as simple as placing square cabinetry into a square corner or a desk against a flat wall.

Everything needs to be custom-built in order to work with the house’s natural flow and curves.

While working within curves can be difficult, the end result, as Abraham describes it, feels as though his home flows.

He calls it a feminine, natural energy that nurtures and calms.

"There’s a certain resistance in having too many sharp angles, sharp corners. There’s a constant movement of energy when you follow an organic form. Living in that space keeps the energy within me moving also — it brings a sense of peace and tranquillity."

There is an interconnection between the bedroom, the living space, the toilet and shower, and yet they are all separate structures, which forces you to interact with the outside world and the elements in order to go between them. 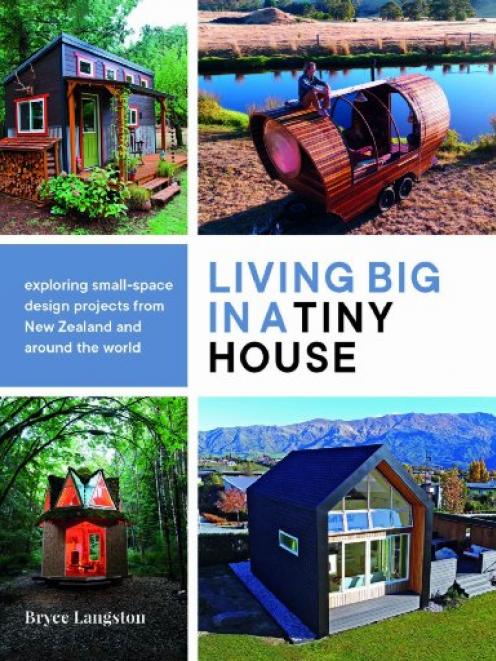 The home is named Piwakawaka, the Maori name for fantail.

When he was building the home, many piwakawaka were flying all around the site, which Abraham took as a positive affirmation of his intentions. Abraham’s love for his home is clear.

This is a place that has been forged with his own hands and where he has been able to pour his creative energy.

It’s a place which now provides him safety and shelter, a place to meditate and contemplate life.

• Living Big in a Tiny House by Bryce Langston, published in hardback by Potton & Burton, RRP: $49.99