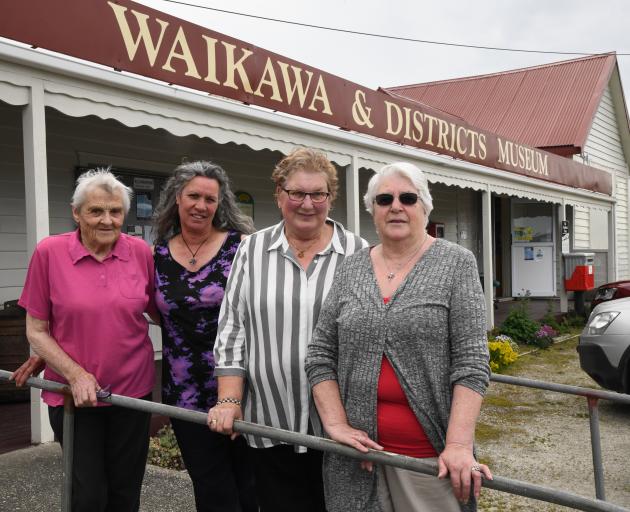 Shipwrecks and sawmills, a cap that came home and some sad stories of Southlanders who signed up to fight in World War 1 help fill the Waikawa and Districts Museum.

The south Catlins museum's volunteers say visitors like its authentic nature and the cheerfully cluttered space delivers that in spades.

Waikawa, originally a small Maori community, is now a small fishing settlement, but in the late 19th century it was a major port, shipping timber from sawmills north to help build Dunedin. 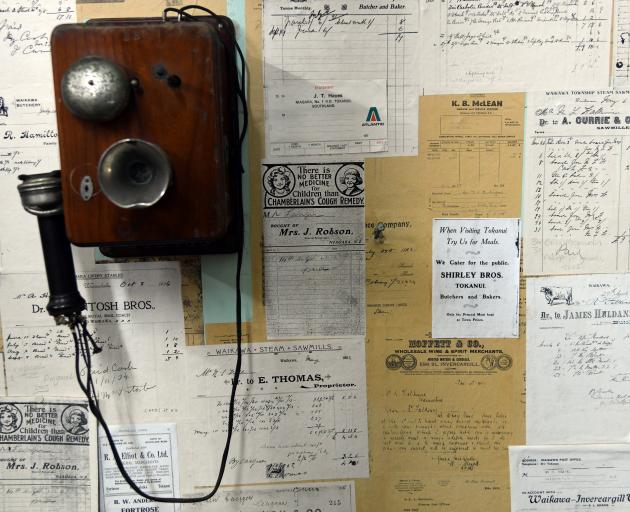 A historic telephone and bills and receipts from days gone by.
The railway came to nearby Tokanui, ending the port's dominance. Then that closed, too.

Now the tourists come, and the museum visitors' book shows they are from as far away as Thailand, China, Brazil and the United Kingdom.

They come to a museum displaying everything from Maori artefacts, including cloak fastenings and adzes, to an inkwell made from two emu eggs presented to an S. R. Dickson ''by a few friends as a mark of esteem'' in 1879.

There is also a wall of bills and receipts from local businesses like the butcher, sawmill, transport company, wholesale and retail general merchant, all long gone. 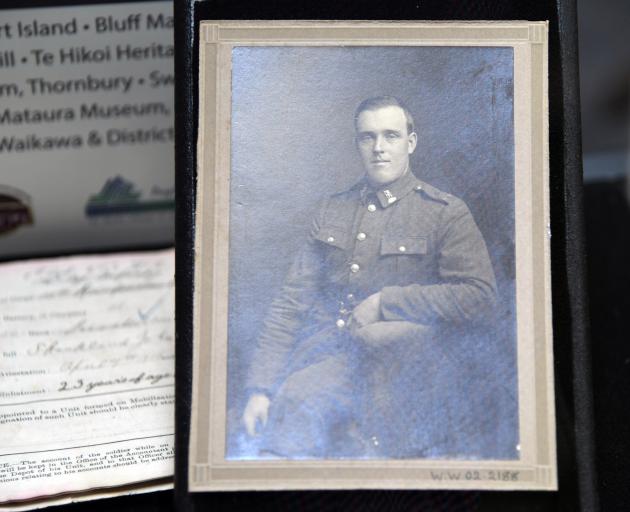 Rifleman John Shankland of Tokanui, who died in World War 1.
Then there is a Southland rugby cap returned after a lengthy trip.

Geoff Haldane played in the 1920s for the Waikawa Rovers rugby team, and was selected from the team to play for Southland.

His cap later travelled to the United States with a grandson who moved there, but he decided it should return home, and it was gratefully accepted by the museum.

Like the other small museums that dot the coast of Otago and Southland, shipwrecks were major events that feature in displays.

One featured at Waikawa is the wreck of the SS Tararua, which left Port Chalmers on April 28 1881, carrying 151 people. 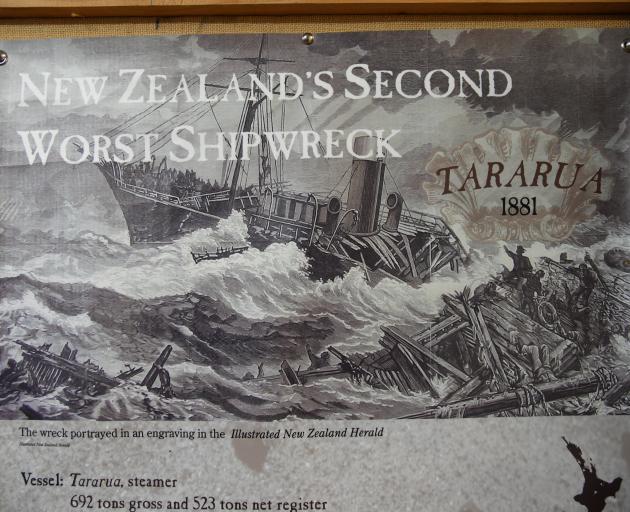 A display on the shipwreck of the Tararua.
Her cargo included 4000 worth of silver coins and the first consignment of cheese exported from New Zealand, made at New Zealand's first cheese factory on Otago Peninsula.

Tararua struck a reef off Waipapa Point, and later sank.

Of the 151 passengers and crew on board, only 20 survived.

The museum display includes bottles and a conglomeration of silt, shells and coins found by a man who dived at the wreck, poignant artefacts of a tragedy that occurred 138 years ago.

Sawmilling was a major industry for the area, with the first mill established in 1858 on the east bank of the harbour.

Quarrying was another industry.

A quarry at Waikawa was opened in 1886, extracting what a display says is ''sandstone of a dark blue-grey colour of great density and free from flaws and faults''.

The stone was used on the Invercargill water works, and several large buildings in Dunedin.

The museum, like others across the South, includes stories of locals caught up World War 1.

One, the death of Rifleman John Shankland of Tokanui, shows the contents of a small white personal effects bag that was returned to his next of kin after he died at Colincamps in France. John came from a family of five children.

He attended Tokanui Primary School, working the land after he finished school, signing up for service in 1916.

Two years later he was caught up in the German spring offensive, the failure of which marked the beginning of the end of the war.

On March 26, 1918, Shankland's unit was moved to the front line to close a gap in the line near Colincamps, where he endured two days of heavy fighting.

On March 29, when the fighting had quietened, he was shot by a sniper as he stood in a trench.

The bullet hit his wallet and bible, but unlike some stories of lucky escapes in which those items stopped a bullet, there was no luck left for John Shankland.

President Gay Lamb said the museum was run by about 25 volunteers.

''They just like being here, and it's a good place to meet people.''