Up close with history

The historical cave dwellings of Matera.
After 10,000 years, the ancient city in Basilicata is having a moment: it’s a European capital of culture for 2019, writes Rachel Dixon. Even James Bond is making a visit.

"This room is called Senza Nidd - without anything - because the people who lived here were so poor,'' said the receptionist. Our modest-sized hotel room in Matera, southern Italy, once housed an entire family - not back in the middle ages, but within living memory. Matera, a troglodyte city in Basilicata, was considered "the shame of Italy'' in the 1950s because of the extreme poverty and widespread disease in its ancient Sassi districts. The residents were compulsorily relocated and the crumbling city, thought to be possibly the third-oldest in the world after Aleppo and Jericho, lay empty for the first time in 10,000 years. 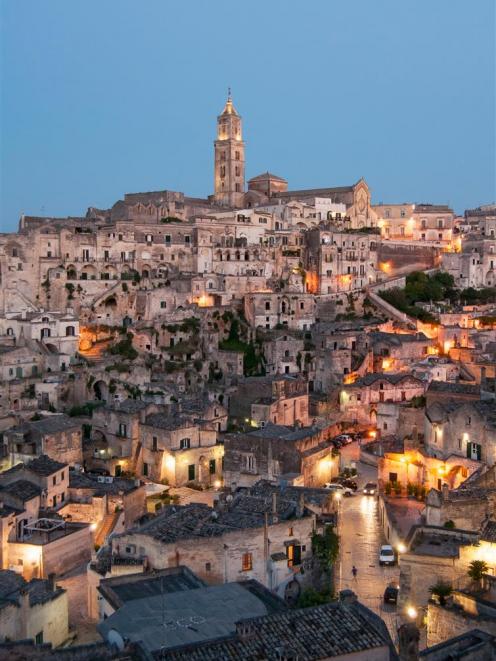 The troglodyte city of Matera in Basilicata, southern Italy. PHOTOS: GETTY IMAGES
Yet today it is full of tourists keen to visit one of the two 2019 European capitals of culture (the other is Plovdiv, Bulgaria). Investment began trickling in from the late 1980s, and although the families that had been forced out never returned, many of their descendants came back to open hotels and restaurants. Matera got a boost when it became a world heritage site in 1993, and another when it starred as Jerusalem in Mel Gibson's controversial The Passion of the Christ in 2004. In fact, film-makers can't resist it - the 25th Bond movie No Time To Die (released next year) is the latest blockbuster to be filmed here.

I was visiting on a new Sassi and Trulli short break with Inntravel to find out what makes Matera so special. It didn't take long to work out - this city is like nowhere else on Earth. The two Sassi (``stones'') districts, Sasso Caveoso and Sasso Barisano, are built on natural caves that have been excavated and extended over millennia. A warren of pale limestone churches, monasteries, palaces and houses rises above the caves, all balanced on the edge of a ravine. By day, it is breathtaking; lit up at dusk, it can bring you to tears.

One of Matera's unmissable sights is its chiese rupestri, or rock churches. As well as those in the city, there are another 150 in the Park of the Rock Churches across the Gravina river, which can be reached on a guided tour or by bike (our trip included bike hire). The 12th-century Chiesa San Pietro Barisano is the biggest in the Sassi, its interiors completely carved out of the rock. My macabre partner perched in one of the sinister ``draining chairs'' in the crypt, where dead priests were once seated until their flesh had decomposed. Other standout rock churches include Santa Maria de Idris and the Convicinio di Sant'Antonio, which sit in a spectacular spot on a rocky spur. The 13th-century cathedral rises above the Sassi, reached via a steep tangle of alleyways.

Another top sight is the Palombaro Lungo, a huge man-made water cistern dug into the rock during the 16th century. Its scale and ingenuity are certainly impressive, but it lacks the grandeur of, say, the Basilica Cistern in Istanbul. We found a visit to a casa grotta more compelling - a handful of cave houses have been preserved as museums, complete with fixtures, fittings and model livestock. We visited Casa Grotta del Barisano, where a family of seven, plus farm animals, lived without electricity or running water until 1960. 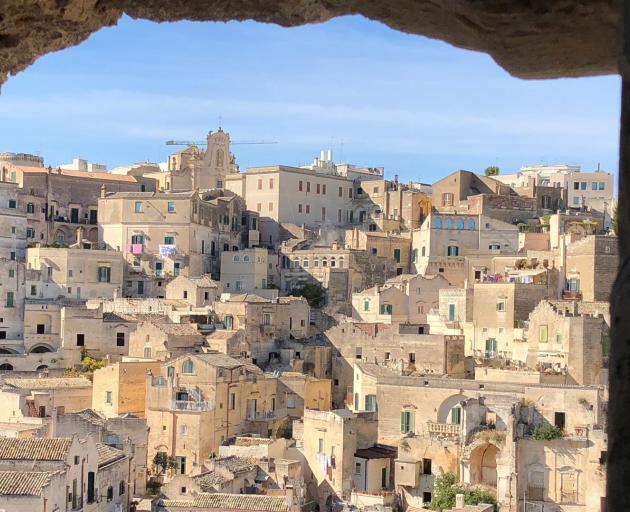 The view from the caves.
As befitting a capital of culture, Matera has several rewarding museums, including the Archaeological Museum, with a collection of 4th- and 5th-century Greek vases, and the Museum of Medieval and Modern Art, which includes work by Carlo Levi, whose 1945 book Christ Stopped at Eboli first alerted the world to the living conditions in this part of southern Italy. Our highlight was Musma, the Museum of Contemporary Sculpture, where cutting-edge sculpture is housed in centuries-old caves below and a 16th-century palace above. 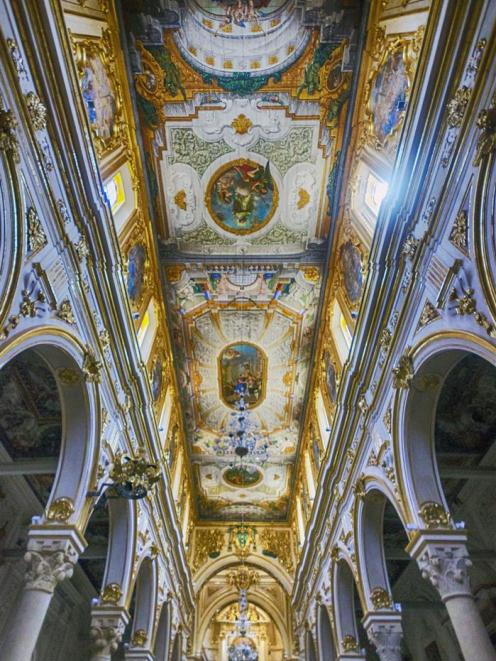 The ceiling of Matera Catheral.
For this year of culture, the city's artistic venues are hosting extra exhibitions, concerts and workshops, outdoor performances and guided walks. Five giant bronze Salvador Dali reproductions are dotted around town, including a melting clock; they accompany a Dali exhibition at the frescoed Chiesa di Madonna delle Virtu and Chiesa di San Nicola dei Greci.

Matera has a rich culinary tradition. Restaurants showcase Basilicatan specialties, often called Lucanian cuisine after the region's ancient name. Grains, pulses and vegetables dominate this cucina povera, with small amounts of meat and cheese. La Focagna, a cosy cave tavern that stays open until 2am, serves simple, affordable dishes. We ate crapiata, a delicious bean soup served with toasted Matera bread, followed by orecchiette with garlicky cime di rapa (a leafy brassica). More upmarket cave restaurants can be found on and around Via Bruno Buozzi, such as the one we chose, Morgan. A selection of starters included mashed fava beans with chicory, and was followed by pappardelle with wild boar sauce. We ordered peperoni cruschi on the side - these sun-dried red peppers from Senise are highly prized - and drank aglianico, Basilicata's star grape.

Cafe-thronged Piazza del Sedile was our favourite place for an afternoon pitstop; I Due Sassi Cafe does a mean Campari spritz. The city's main square is Piazza Vittorio Veneto in the 17th-century "new'' town. It is the key spot for a passeggiata, and has incredible views over the Sassi skyline. Later in the evening, Mosto Osteria Della Birra is a lively bar for a beer or an amaro lucano, the local digestif. The hippest hangout is Area 8, a cocktail bar with film screenings and live music.

Like the restaurants and bars, Matera's hotels make the most of their unique architecture. We stayed in a simple cave room in Locanda di San Martino, a terraced 40-room hotel in the heart of the Sassi. The thermal baths beneath the hotel, in passages and cisterns carved out of the rock thousands of years ago, are sensational. We also spent a night in Palazzo degli Abati, which has two rooms in caves and three in an 18th-century palace. Our room had two million-year-old fossils in the walls.

There may be something a little uncomfortable about tourists thronging to eat and sleep in peasant dwellings. After all, the previous occupants lived in caves and huts out of necessity. On the other hand, it is one way to preserve a piece of history - as well as the memory of the Senza Nidd family, and thousands like them. - Guardian News and Media