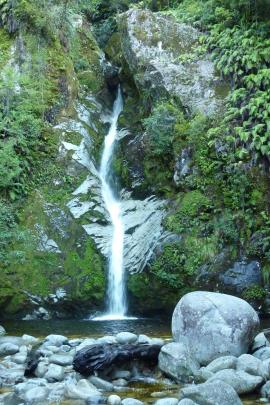 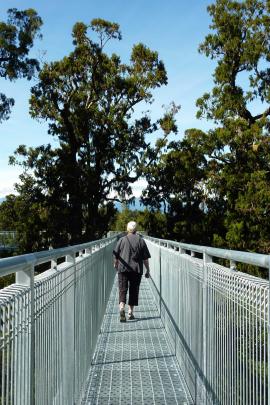 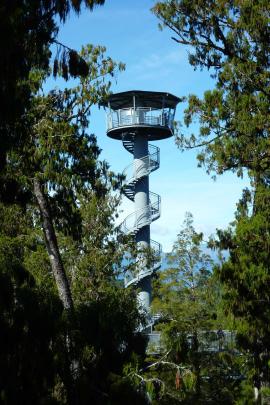 Get spectacular views from the Hokitika Tower.

A visit to the South Island’s wild and wonderful West Coast is full of surprises, writes Sara Keen.

A trip up the West Coast takes you through often remote and rugged landscape with mountains, rivers, lakes and beaches, some of which are easily accessible and beg exploration.

The climate there can be an issue with rain often putting a dampener on trip plans, and it was the rain that determined where we stayed on this trip.

Although we thought we’d travel north once we reached Kumara Junction, we had travelled mostly in rain, so we decided on Hokitika, a bit to the south, and booked into a motel for three nights.

The following day was fine and frosty, so we headed off early to Lake Kaniere to catch the early morning light. The lake was beautifully still and reflective as we started our drive along its western side.

First stop was the pleasant Canoe Cove Walk (15 minutes one way) to the lake. Further on, another stop at Dorothy Falls, which are accessible via a short track. The Dorothy Creek Beach Walk (5 minutes one way) left from there too. The lake was particularly attractive with mist rising off the water and we saw a white heron — that didn’t hang around long once we’d arrived. The road then took us away from the lake into farmland, from where we headed to the Hokitika Gorge. 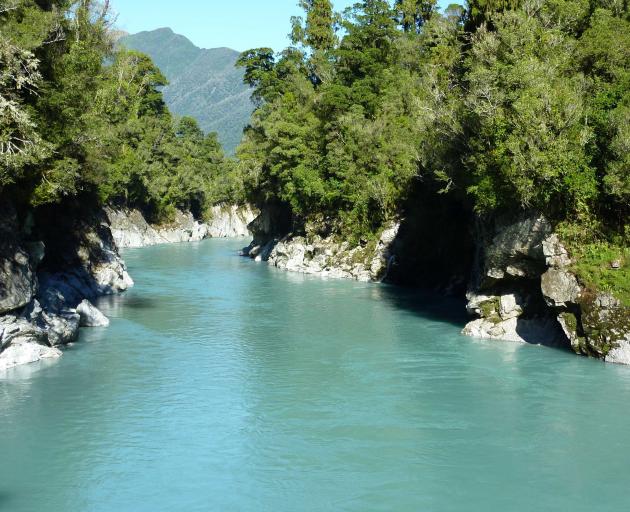 The glacial-fed Hokitika River runs through limestone rocks.
The Hokitika Gorge (33 kilometres inland from Hokitika) is a place we’d always promised ourselves to visit, but had never actually got to. On the way we stopped at Kowhitirangi to look at the memorial to the seven victims of Stanley Graham’s mass killings on October 8, 1941. It is a poignant memorial remembering a dark day in New Zealand’s history. (I won’t describe the horror of the day, but if you’re interested there’s plenty on the internet.) Time to move on from this grim place.

A few kilometres further on we parked and started the short 650-metre walk to the gorge. Along the way, we crossed the footbridge over the beautiful blue, glacial-fed Hokitika River running through contrasting white limestone rocks. On the other side, we continued walking for a few more minutes before scrambling over some rocks for the perfect view of the gorge. What a superb spot.

Coming back from the gorge we turned left at Kaniere township in order to go to the Tree Top Walk that had came highly recommended. A short walk up a steep road (shuttle available) leads on to the steel walkway. The walkway wends its way slowly upwards and in no time at all we’re face-to-face with some stately old rimu trees. We can see the Hokitika Tower ahead with its spiral stairway and soon we were climbing to the top for the spectacular views of nearby Lake Mahinapua, the sea and the Southern Alps, the latter with a dusting of early snow. Back down to the walkway and on to the Mahinapua Springboard — a slightly swaying (but completely safe) cantilever that gave us lower views of the lake but also came with a bit of an adrenaline rush. This not-to-be missed experience ended with a walk back down the road, for a coffee and cake at the cafe before we returned to Hokitika.