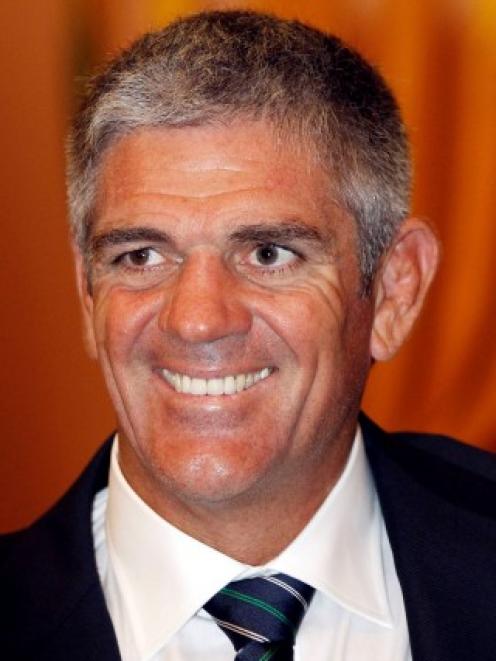 Nick Mallett. Photo: Reuters
For the third successive World Cup Italy failed to beat a Six Nations rival in their final pool game and so departed the tournament on Monday seemingly as far away as ever from reaching the quarterfinals.

For 40 tense minutes on Sunday they just about held their own in their winner-takes-all clash with Ireland but they were blown away in the second half as Declan Kidney's team roared to a 36-6 victory - their 16th in a row over Italy.

It was not the way that coach Nick Mallett wanted to bow out of a job he has loved doing for the last four years and it left him hugely frustrated after entering the tournament with such high hopes in the wake of what seemed a breakthrough Six Nations victory over France this year.

"I'm unhappy about the way we finished, I didn't expect it to be as heavy a defeat," said Mallett, who stands down reluctantly and will be replaced by Frenchman Jacques Brunel.

In the build-up to the match Mallett had spoken about how his side had improved mentally over the last four years and that having lost 18-16 to Scotland in the equivalent decider in the 2007 tournament they would be better-equipped to deal with the pressure.

However, in the end it was the class of Ireland's backline that proved decisive as Tommy Bowe, Brian O'Driscoll, Gordon D'Arcy and Keith Earls all found ways to cut through the Italian defence in the second half leading to two tries for Earls and one for O'Driscoll.

"What we have to understand is that things happen very quickly on the field against such high-level teams," Mallett said.

"We made small mistakes but against teams like Ireland or Australia you make a little mistake and it ends up as a try.

"They were quicker than us, we couldn't match that pace and we didn't react sharply enough.

"It is really important for the players to learn something from these matches."

It will be former Perpignan coach Brunel's job to digest the lessons as Mallett starts a new, as yet undecided adventure.

"The players and staff became my family so this week it was very hard to think it would be the last match with them," said the former South Africa coach.

"They are really good people, they give their all, they keep trying to improve every minute and that's incredible to me - all Italians should be proud of our players."

Mallett leaves with a heavy heart but with praise from his own side and his opponents ringing in his ears.

"I've known Nick only over the last 18 months but I think he's going to leave a great mark on Italian rugby," said team manager Luigi Troiani.

"He created a very solid team, both on the pitch and behind the scenes, and he has allowed many young players to come through.

"From a personal point of view I'm very pleased to have been close to him and can certainly say it won't be easy to start again in the next Six Nations with a new coach."

Mallett said he had been deeply touched by the kind words offered privately by Kidney after the match and the Ireland coach told reporters: "Nick's record speaks for itself.

"He gets Italy to play with pride when they are often up against it. They have become one of the toughest teams to play against and he has played a big part in that.

"I've known him a while and he is a good person and a lovely man."