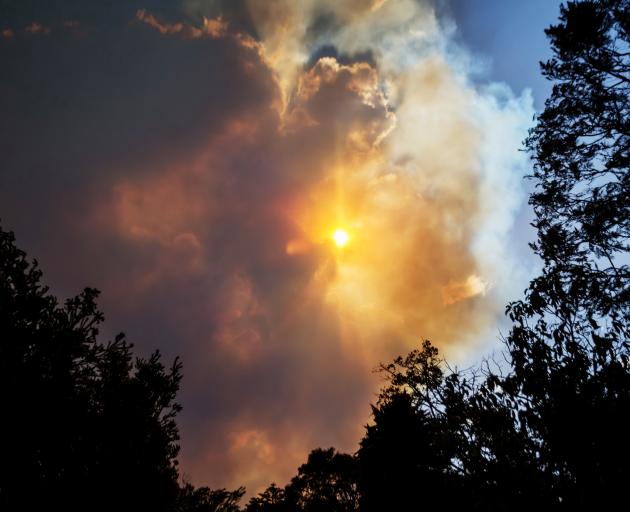 Six people have died and some 663 homes have been destroyed in bushfires across New South Wales this season. Photo: Getty/Stock image
The NSW Rural Fire Service has put out a fresh warning for residents to prepare for fire ahead of a hot and windy weekend forecast.

On Friday morning, about 60 of the 147 bush and grass fires across NSW were uncontained.

Six people have died and some 663 homes have been destroyed in bushfires across the state this season.

A 'watch and act' alert was issued on Thursday evening for a bushfire in the Tallaganda National Park, west of Braidwood, in the state's southeast. It has since been downgraded to 'advice' level.

An RFS spokesman on Friday said overnight rain across north NSW had hampered backburning efforts but they would continue throughout the day.

Those areas, along with the Greater Hunter, Greater Sydney, Illawarra/Shoalhaven, far South Coast, Northern Slopes and Eastern Riverina regions, will be under a minimum of very high fire danger, along with the ACT.

Sydney's air quality is forecast to be 'poor' due to particles.

The Department of Planning, Industry and Environment said air quality would be problematic for those with illnesses such as heart or lung disease.

Armidale and Tamworth in north NSW both recorded 'hazardous' air quality levels for particles on Thursday evening, while Muswellbrook and Singleton in the upper Hunter region were classified as 'very poor'.

Meanwhile, actor Russell Crowe - whose Nana Glen property near Coffs Harbour was hit by bushfires a few weeks ago - has pledged to match a $US68,000 ($A100,500) bid by billionaire Atlassian co-founder Mike Cannon-Brookes for a hat he is auctioning to raise funds for the RFS.

Crowe - not in Australia at the time of the Nana Glen fires - said the auction for the white South Sydney Rabbitohs cap would close on Friday morning.