File photo: Getty
There would be "dire consequences" for all Australians if a man who was granted a passport was deported as a non-citizen, his lawyers argue.

Edward McHugh was enrolled to vote when he turned 18 in 1986 and more than 30 years later he was issued an Australian passport.

Mr McHugh was born in the Cook Islands, a New Zealand territory, but was adopted by a Queensland family when he was six.

Five years later he was blindsided to learn that his permanent visa had been cancelled on character grounds after he was convicted of an assault and that he'd be deported.

A man who believed his entire life that he was an Australian citizen, who as a registered voter was eligible to stand in parliament, he spent 31 months in immigration detention.

Last year a single Federal Court judge determined the minister's decision to cancel his visa was legally unreasonable, and the case is now being heard by the full court, in a hearing that began on Thursday.

Mr McHugh's barrister Matthew Albert said two significant representations had been made to Mr McHugh about his citizenship, 31 years apart.

Mr McHugh, a father of seven and grandfather of eight, said he hadn't learned until he was put into immigration detention that he wasn't a citizen.

"There are dire consequences in our submissions for all of us if trust in these representations is depleted in any way," he said.

While Mr McHugh is no longer in immigration detention, Mr Albert said he remains at risk of being taken back into detention or deported at any time.

He said they sought an undertaking from the government that Mr McHugh would not be removed from Australia while the proceedings are before the court, but that was refused. 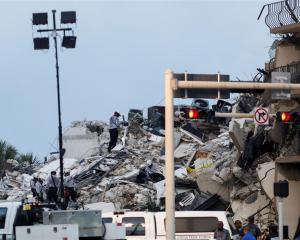