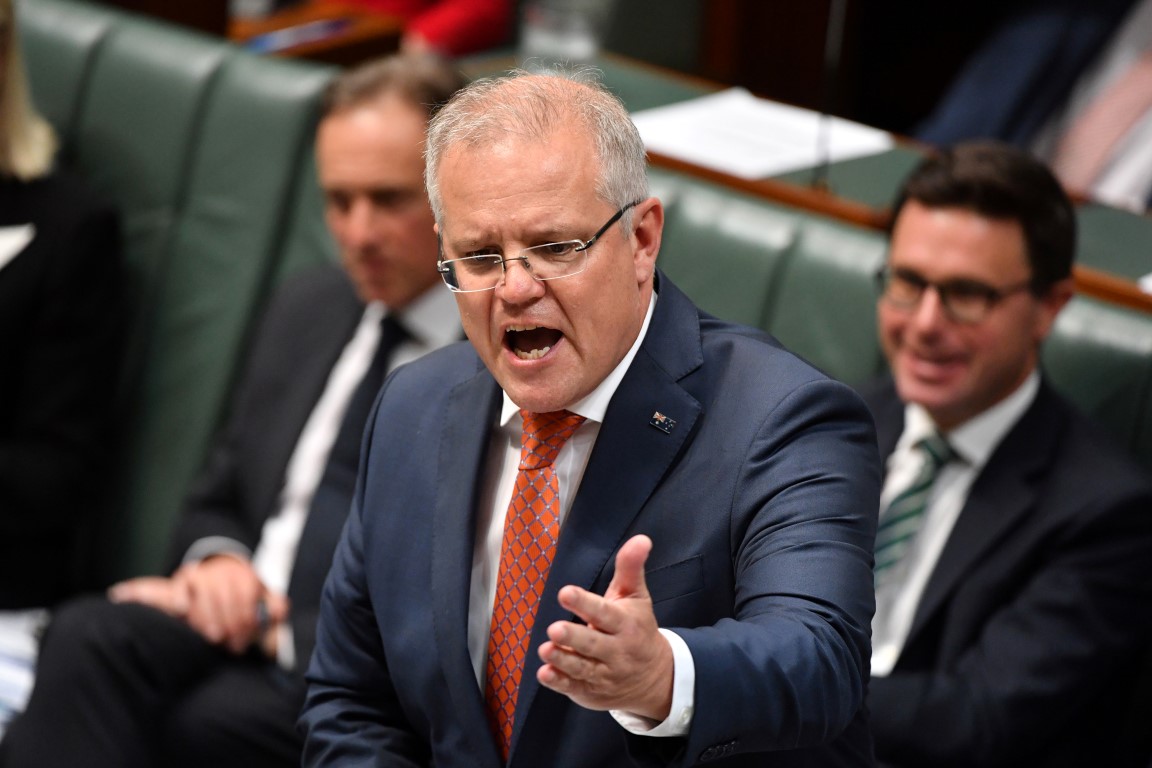 Scott Morrison. Photo: Reuters
Welfare recipients and pensioners will receive a $750 cheque as part of a major federal government plan to keep the economy afloat amid the coronavirus outbreak.

The plan aims to prevent the Australian economy entering a recession as the globe grapples with the coronavirus health crisis.

From the end of March about 6.5 million welfare recipients and pensioners will receive a one-off, tax-free $750 cheque, at an overall cost of $4.8 billion.

Pensioners will receive a government handout of $750, and there will be support for those on family tax benefits, apprentices and small business as part of the government's coronavirus stimulus. https://t.co/dsMILxfNr4 @telester #auspol #7NEWS pic.twitter.com/jtUJTgxOjF

The government is also focusing on small business in a bid to maintain cash flow and keep Australians in work.

"We're going to do everything we can to ensure they're best positioned to bounce back strongly on the other side," Mr Morrison told reporters in Canberra.

"We can't control the source of this problem, being the coronavirus, which has come from elsewhere, but we can control our response."

Mr Morrison will flesh out the plan in a rare televised address to the nation on Thursday night.

The measures are set to end by June next year, but the government says the plan is 'scalable' if further measures are needed.

About 117,000 apprentices are expected to benefit through wage subsidies for employers with fewer than 20 employees.

The cash injection will subsidise apprentice wages for up to nine months with the aim of keeping them in a job in challenging economic circumstances, which the government admits will put pressure on small businesses.

While not officially part of the coronavirus response, Treasurer Josh Frydenberg says deeming rates - used to calculate how much some pensioners are earning on their financial investments - will be cut by 50 basis points to reflect recent interest rate changes.

Senator Cormann also admits there are no strings attached to the business payments.

"We say to all of those businesses: 'We're doing our bit to support you, we want you to support your staff during this period," he told ABC radio.

About $6.7 billion over four years will go towards automatic grants of up to $25,000 to businesses with up to $50 million in turnover.

Businesses that pay salary and wages will receive a minimum $2000, even those not required to withhold tax.

The government will also spend $700 million over four years to expand the instant asset write-off for businesses.

Overnight on Wednesday, the World Health Organisation declared the global coronavirus crisis a pandemic, sounding the alarm about mounting infection rates and slow government responses to curtail its spread.

There have been more than 120 confirmed cases of coronavirus in Australia, although more than half of those people have been cleared. Three Australians have died.

Economists predict Australia could fall into recession, but it won't be known until at least two consecutive quarters of economic data show negative growth.

The March and June quarter numbers compiled by the Australian Bureau of Statistics won't be released until later this year.

Treasury has forecast the coronavirus will subtract 0.5 percentage points from economic growth numbers in the March quarter.

However, Treasurer Josh Frydenberg said the $11 billion to flow into the economy by mid-year would help boost GDP by 1.5 per cent.

On Wednesday the government announced $2.4 billion for health measures to combat the coronavirus.

The bulk of the stimulus measures will need to be approved by the federal parliament, which next sits on March 23.

Labor has pledged to support any funding for the virus response.

On Friday, the Council of Australian Governments will meet to discuss the stimulus plans of the states and territories, which will be on top of the federal government's plan.