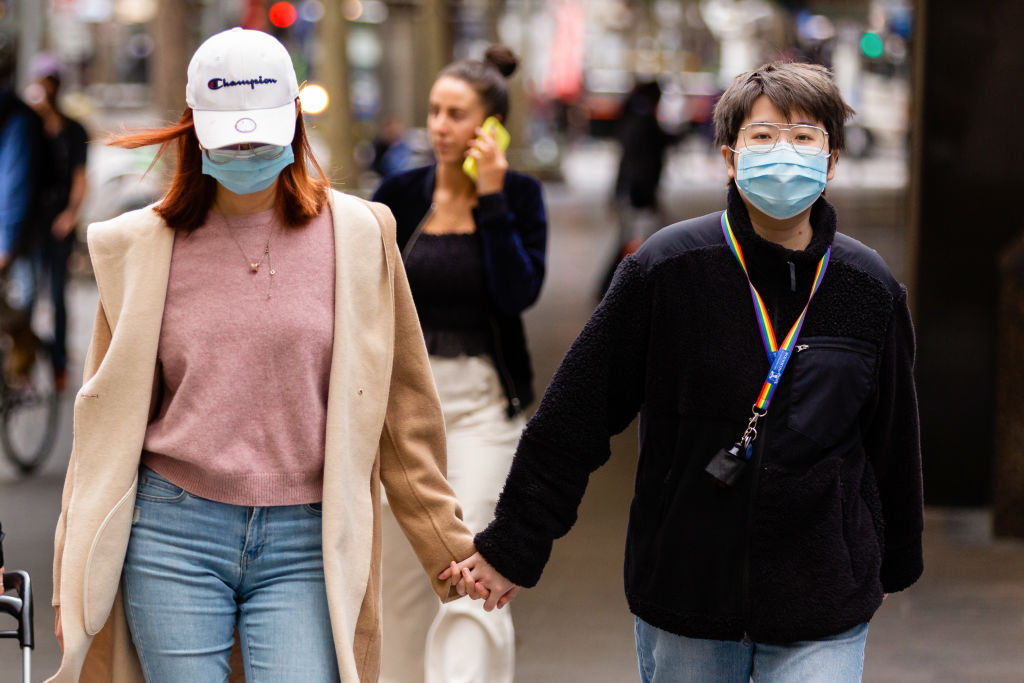 The 11 new cases reported in Victoria on Saturday took the national total to 7185.

Just 22 of the 475 active cases nationwide are being treated in hospital.

That hasn't stopped hundreds of demonstrators in capital cities claiming the Covid-19 pandemic is a "scam".

Members of the anti-vaccination community breached social distancing rules to face-off with the police on Saturday.

However, a new survey by the Australia Institute suggests more than three quarters of Australians support states closing their borders to interstate travel.

Strong support was recorded in NSW (70 percent), Victoria (76 percent), Queensland (78 percent) and Western Australia (88 percent) in the survey of 1005 people.

Meanwhile, Ruby Princess passengers have been warned a crew member being treated in a Sydney hospital was recently diagnosed with tuberculosis.

* More than 6.1 million of an estimated 16 million people with smartphones have registered for the federal government's COVIDSafe tracing app since April 26.

Data current as of 1730 AEST May 30, taking in federal government and state/territory government updates and Johns Hopkins virus tracker and Worldometer.