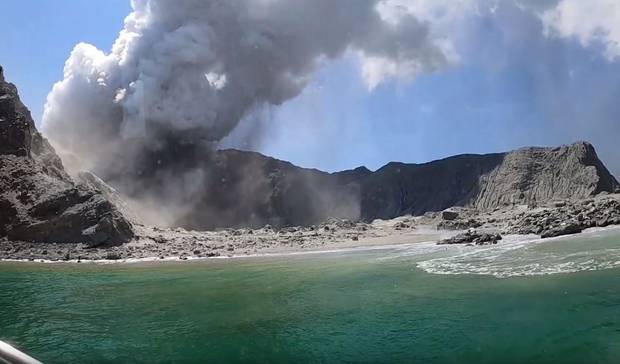 However, that sentiment isn't shared by all close to last year's tragedy, when White Island erupted and killed 22 people.

New Zealand's workplace safety regulator WorkSafe laid charges against 13 parties - including the owners of the island - on Monday.

John Mickle, the family spokesperson for Julie and Jessica Richards, a Brisbane mother and daughter who died on the island, said the family was pleased to see the charges laid just days ahead of the December 9 anniversary.

"They are pleased that the NZ justice system is going to start its process ... (but) the family's focus hasn't been so much on that it has been very much on the anniversary," Mr Mickle told Radio NZ.

"They're a close knit family and feel that anniversary very keenly.

"This was a mum and daughter who had saved up for their great New Zealand adventure and had really been talking about nothing else.

"The anniversary is occurring close to Christmas so its got a double poignancy to it."

In Whakatane, the coastal town which served as the island's tourism base, another family feels differently.

"He would be disappointed," he told TVNZ.

"I don't think anybody is looking for justice or an outcome.

"They were on an active volcano. I still believe they were in the right place at the wrong time. It was mother nature and it happens."

WorkSafe did not name the 13 parties charged with breaching NZ's workplace safety laws, though some of those charged have chosen to out themselves.

That includes the landowners of the volcano, James, Peter and Andrew Buttle.

WorkSafe believes the Buttle family have not exercised due diligence to meet obligations under the Health and Safety at Work Act.

The Buttle family's ownership vehicle for the volcano, Whakaari Management Limited, is one of the ten organisations charged, facing a maximum penalty of $NZ1.5 million ($A1.42 million).

White Island Tours and Volcanic Air, who were both undertaking tours, have said they have been charged with breaching the Health and Safety at Work Act.

So too have seismic monitoring agency GNS Science and the National Emergency Management Agency.