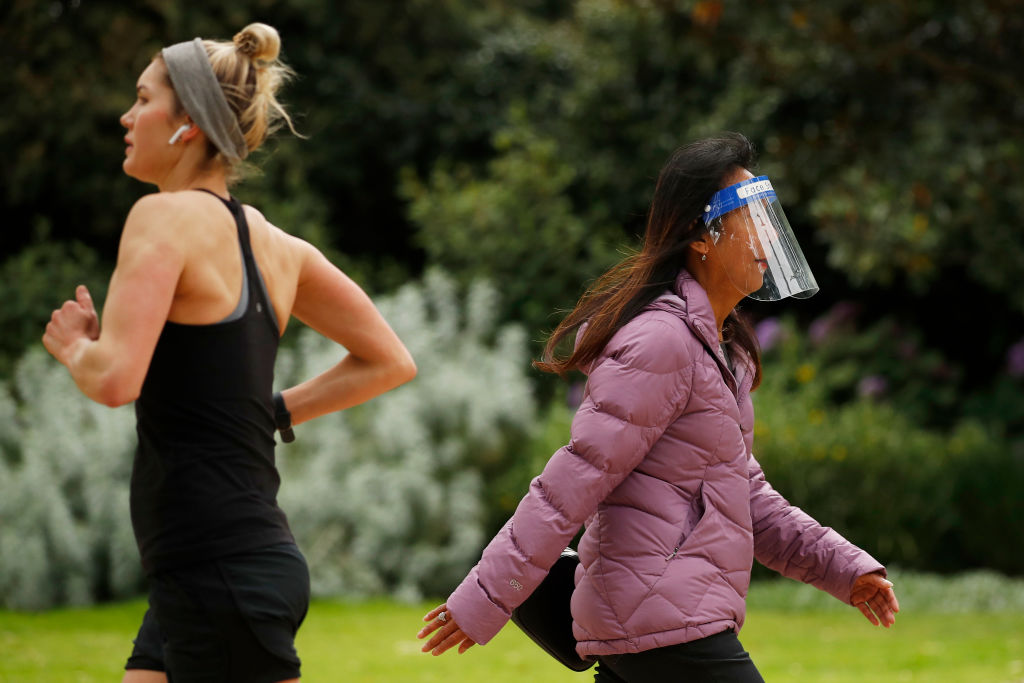 People out in a Melbourne park as Covid restrictions ease in Victoria. Photo: Getty
Victorian Premier Daniel Andrews has clarified a bevy of Covid-19 rules as Melbourne adjusts to eased restrictions.

The city moved to "step two" of its roadmap on Monday and the premier clarified some of its details on Tuesday.

Under the latest restrictions, L-platers can continue to accrue the 120 hours of supervised driving needed to gain a provisional licence.

But learners must be driving for one of the four permitted reasons to leave home and not solely for practice.

Victorians are also allowed to travel across metro borders for child care but will be subject to "step two" rules like local residents.

Other clarifications made were that Melbourne dog groomers must only operate from retail stores, painters are allowed to carry out emergency repairs at occupied properties, and public cricket nets can also be used if facilities aren't required.

The premier defended three senior public servants after the hotel quarantine inquiry heard they failed to brief ministers on major problems in the program.

Lawyers assisting the inquiry on Monday said the botched program was to blame for the state's second wave of coronavirus, which has infected 18,000 people and claimed more than 750 lives.

Asked if the trio were now briefing ministers, Mr Andrews said on Tuesday: "Yes, I believe they are."

Ms Mikakos quit parliament and her role as health minister after the premier told the inquiry that her department was ultimately responsible for the botched quarantine programme.

Victoria recorded 10 new cases and seven more deaths on Tuesday, bringing the state's death toll to 794 and the national figure to 882.

It needs to drop below five and there must be fewer than five mystery cases for a fortnight before the state eases restrictions further.

Traveller from New Zealand tests positive for Covid-19 in Malaysia