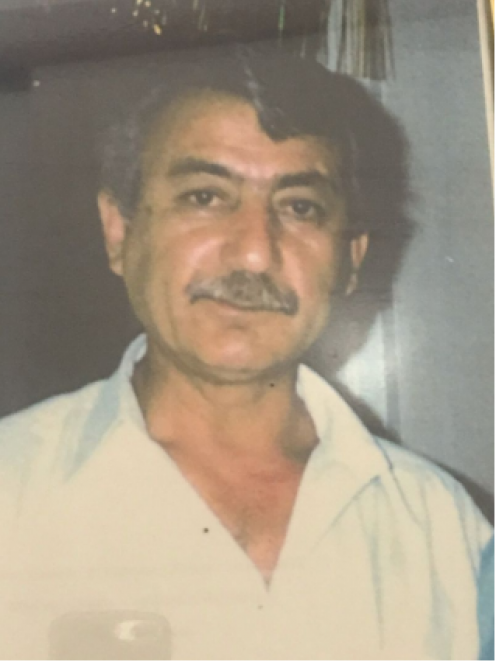 The body of 52-year-old Hasan Dastan was found inside a workshop. Photo: Supplied
Kubilay Kilincer's admission that he murdered his boss Hasan Dastan in 1995 was a lie made to eliminate the pressure of a 25-year long police investigation, a Sydney jury has heard.

After meeting the "Big Boss" of a group of undercover police posing as a crime syndicate in January 2020, Kilincer allegedly admitted the killing because he thought the group could stop the investigation that had been going since Mr Dastan's body was found on December 11, 1995.

The undercover operation from February 2019 to January 2020 led to Kilincer becoming more involved in the so-called syndicate which promised to solve his problems with the assistance of corrupt police.

"Twenty-five years after the event, police were still investigating him ... So all he had to do was admit it and (the crew) could make all of this go away," defence barrister Ertunc Ozen SC said on Monday.

Mr Dastan was found dead in a pool of blood at his Esy Auto Dismantlers business on Monday December 11, 1995 after being bludgeoned with a heavy object.

A metal pipe was shoved six centimetres into Mr Dastan's mouth, he had injuries consistent with a sledgehammer that lay nearby, and a bloodstained revenge note with a partial footprint lay close to the body, the NSW Supreme Court jury heard.

"His head injuries ... were variously described as significant or massive, including a large laceration on the middle of his forehead," said crown prosecutor Brett Hatfield

The court heard Kilincer's admission came after almost two hours of discussions with Big Boss. He allegedly claimed his Fairfield Heights employer had attacked him because of differences between the Sunni and Alevi Islamic faiths.

He allegedly claimed that he went berserk, hitting Mr Dastan three times with a metal bar, throwing an automotive part called a centre differential at him, and throwing a second metal bar at his boss that may have lodged in his mouth.

Mr Ozen said there were discrepancies in Kilincer's so-called admission, including that Mr Dastan's injuries were more likely to have been caused by a sledgehammer rather than a metal bar, and that the rectangular bruising on his chest could not have been caused by the circular centre diff.

Kilincer, now 60, has been a suspect since the initial 1995 police murder investigation but was not charged until 2020 after detectives took over the unsolved homicide case two years earlier.

He has pleaded not guilty.

Mr Hatfield said Kilincer frequently asked to borrow money from members of the Turkish community in Sydney. These financial requests allegedly included $500 that was desperately needed for a friend and $1200 required to secure a housing commission home.

Kilincer was accused of stealing around $1000 paid by a customer picking up their hatchback at the Blacktown business a few days before the alleged murder.

With Mr Dastan suspecting Kilincer had been pilfering money from his business, he was on the verge of firing him when the murder occurred, the jury was told.

Kilincer's blue ute was seen driving at speed away from Esy Auto Dismantlers soon after the killing, the jury heard.

However, Kilincer claims he was at Centrelink's predecessor, the Commonwealth Employment Service, following up with a non-payment at the time.

He told police that others had threatened to kill Mr Dastan, including his son who had fallen out with him over management of the business and who said he would notify police about his father's involvement with stolen auto parts.

Fingerprint and DNA analysis from the murder site failed to connect Kilincer with the crime. Freshly washed clothing and shoes seized from his home on the day Mr Dastan's body was found also did not contain any traces of blood.

The eight-week trial in front of Justice Helen Wilson continues on Tuesday.