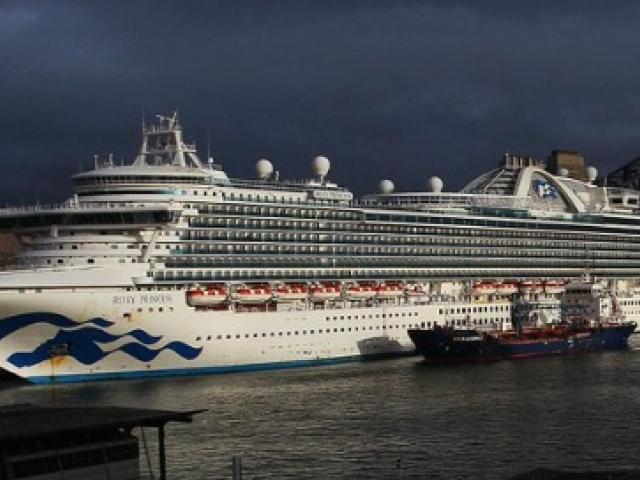 The 75-year-old Queensland woman, who died in a Caboolture Hospital, was a passenger on the Ruby Princess cruise ship, says Queensland Chief Medical Officer Jeannette Young.

Fifty-six Kiwis were on board the ship, which arrived back in Sydney with four coronavirus cases after a New Zealand trip that included a stop in Dunedin.

It arrived in Dunedin on the morning of March 12 and departed the same day, at 6pm.

News of the death comes as the government announced Brisbane's showgrounds could be used as an emergency hospital if the Covid-19 outbreak reaches the severe stage in Queensland.

Premier Annastacia Palaszczuk says the facilities at the Royal Queensland Show property followed by Brisbane's convention centre in South Bank would be used in a "worst case scenario".

A total of 31 Covid-19 cases have been confirmed in Queensland overnight, bringing the state's total to 656.

Three people are in intensive care.

A total of 77 travellers into Brisbane were placed in mandatory quarantine on Sunday morning, following measures that came into effect at midnight on Saturday.

The passengers will be held in the Novotel and Ibis hotels near Brisbane airport but other hotels are available if there is demand, Dr Young says.

All passengers arriving on international flights who are returning home or passing through will be held in the hotels for 14 days.