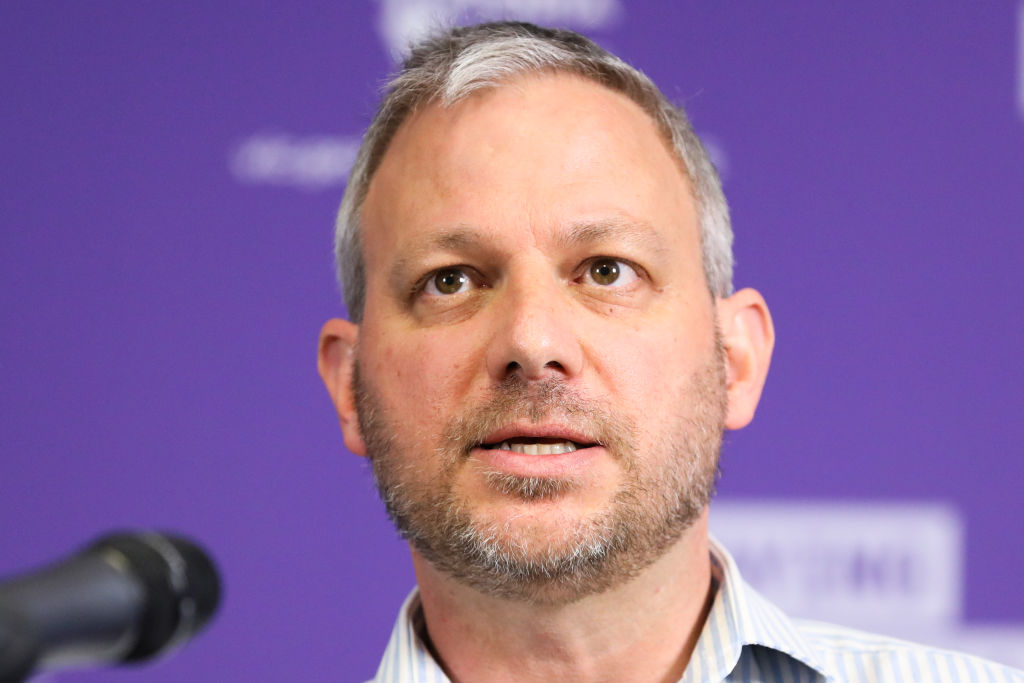 Genomic sequencing from two cases in a West Melbourne family has revealed they are infected with the Delta variant, which Chief Health Officer Brett Sutton says has become the predominant variant in India.

"It is a variant of significant concern," Prof Sutton said.

It remains unclear how that family, which also travelled to Jervis Bay in New South Wales, contracted the virus.

Three of Friday's four new cases are linked to the family, taking that West Melbourne cluster to seven.

"It is a concern that it is not linked to other cases, but we are chasing down all those primary case contacts for that family and looking into where it might have been acquired," Prof Sutton said.

The other new case is a primary close contact of another confirmed case.

It comes after Thursday's confirmation that two earlier cases in the outbreak had been ruled false positives.

The two suspected "fleeting" transmission cases of coronavirus that are now false positives had been part of the justification for Melbourne's lockdown extension.

Victorian Acting Premier James Merlino said despite the two false positives, there were no immediate plans to shorten Melbourne's lockdown.

"Our answer on that hasn't changed and nor should it," Mr Merlino said.

"The advice from public health remains the same.

"It (false positives or false negatives) has been a rare occurrence, but it has been a feature, when you do 100s of thousands of tests."

On Friday morning the Health Department issued a statement, saying there are still eight cases of transmission through passing contact.

It added there are still five exposure sites where the virus has spread through people who do not know each other.

"I'm very pleased that the Federal Government has indicated that it will do all it can to meet the request of Victoria," Mr Merlino said.

Victoria wants to double the number of AstraZeneca doses available to GPs, and an extra 100,000 Pfizer doses from mid-June for its public vaccination sites.

Health authorities initially thought a woman caught Covid-19 at a Metricon display home at Mickleham, and believed a man similarly picked up the virus at Brighton Beach Hotel.

An expert medical panel found that was not the case.

The Covid-free pair and their primary close contacts will be released from isolation and exposure sites reclassified, including all in Anglesea along the Great Ocean Road.

The Metricon display home and Brighton Beach Hotel remain linked to other confirmed cases and will remain listed as exposure sites.

There are now 358 sites where exposure to the virus may have occurred.

Meanwhile, the federal and Victorian governments have signed a memorandum of understanding to build the state's stand-alone quarantine site, with Avalon appearing to be Canberra's preferred location.