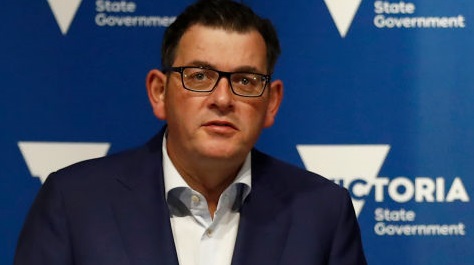 Victorian Premier Daniel Andrews. Photo: Getty Images
Haircuts as well as a pub meal and a pint are finally back on the menu for fully vaccinated Victorians.

The race to get vaccinated has cemented the state's early reopening from 11.59pm on Thursday, which will see the end of lockdown, restrictions on leaving home and the controversial 9pm curfew.

"It has been a stunning effort and I think Victorians should be proud, but we do have to finish this off," Mr Andrews told reporters on Sunday.

Large-scale construction sites can also increase to 100 percent capacity but only if all workers are fully vaccinated.

Those living in metropolitan Melbourne will still be banned from visiting regional Victoria in a bid to limit the spread of the virus.

Under the state's roadmap, the city's current lockdown - which has run for 74 days - was due to end on October 26, the predicted date by when 70 percent of those aged 16 and over would be doubled-dosed.

Restrictions will ease further when 80 percent of the eligible population have received both vaccine doses, originally projected to be November 5.

Chief Health Officer Brett Sutton said a third of those cases were from southeast Melbourne, with the City of Casey recording 251 new infections.

"Vaccination rates are increasing significantly there (City of Casey) but from a low base, that is why that vulnerability is reflected in the numbers," he said.

"They are not numbers, they are people that are very, very unwell. Some of whom are gravely unwell, gasping for air, they are not vaccinated, not fully vaccinated, almost all of them," he said.

Roadmap out of lockdown from 22 October for metropolitan Melbourne:

* Reasons to leave home and curfew no longer in place

* 10 people including dependants can visit a home each day

* All students to return to school at least part time

* Hairdressing and beauty salons to open for up to five fully vaccinated people at a time.