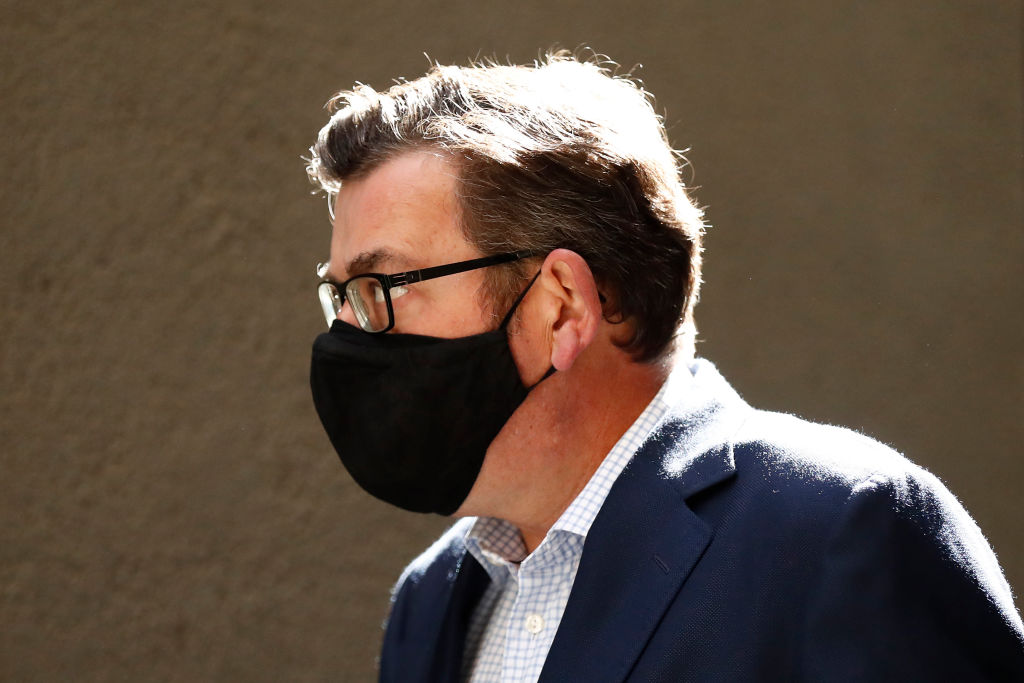 Victorian Premier Daniel Andrews arrives for the daily media briefing in Melbourne. Photo: Getty Images
Victorians will have to wait longer to take significant steps out of Covid-19 lockdown as health authorities sweat over an outbreak in Melbourne's north.

Premier Daniel Andrews withheld the easing of some restrictions on Sunday as the state awaits results of at least 1000 tests from the northern metropolitan cluster.

He described it as a "cautious pause" to rule out there wasn't widespread community transmission linked to the cluster.

"We had hoped today to be able to announce that metropolitan Melbourne would take significant steps, not from today but from midweek, around retail, hospitality and a whole range of other, important next steps," Mr Andrews told reporters.

"We are not in a position to do that today because we have at least 1000 test results from that northern metropolitan outbreak that are in the labs."

Victoria reported seven new coronavirus cases and no deaths on Sunday, keeping the state toll at 817 and the national toll at 905.

Federal Health Minister Greg Hunt said there should be no barrier to Victoria opening up at that level of community transmission.

"We hope and commend to Victoria that the Commonwealth will support them in moving to those next levels of reduced restrictions in line with NSW," he told reporters ahead of Sunday's announcement.

"We have seen how a strong testing, tracing and isolation system can allow a state to manage through the challenges of this."

The all-important two-week rolling case average is at 4.6 for Melbourne, below the trigger of five that Victorian authorities have coveted to trigger the next step out of lockdowns.

Former Health Minister Jenny Mikakos tweeted "it's time for some safe easing up of restrictions" after hitting the benchmark.

The regional average is at 0.2, while there are nine cases with an unknown source in the city.

The premier had earlier backtracked on previous indications of an easing of restrictions on Sunday after seven cases were also reported on Saturday.

His tone had been optimistic on Friday after reporting a single fresh case, saying Victoria was "very well placed".

But 24 hours later the message had changed.

"I just want to caution people from banking that tomorrow I'll be making a whole series of detailed announcements about opening up," he said on Saturday.

There was some good news for regional Victoria on Sunday, however, with restrictions to be wound back for some businesses and activities.

From 11.59pm on Tuesday, gyms and fitness studios will be able to open with up to 20 people - 10 people per space - with density limits.

Up to 20 people plus a faith leader will be allowed to attend indoor religious gatherings, with that number rising to 50 if outdoors.

The outdoor funeral capacity in regional areas also rises to 50.

Indoor community sport, for non-contact games that can properly socially distance, will return and indoor swimming pools will be able to have up to 20 people.

Greater Shepparton, the site of a recent outbreak, will also be brought into line with the rest of regional Victoria from 11.59 on Sunday.