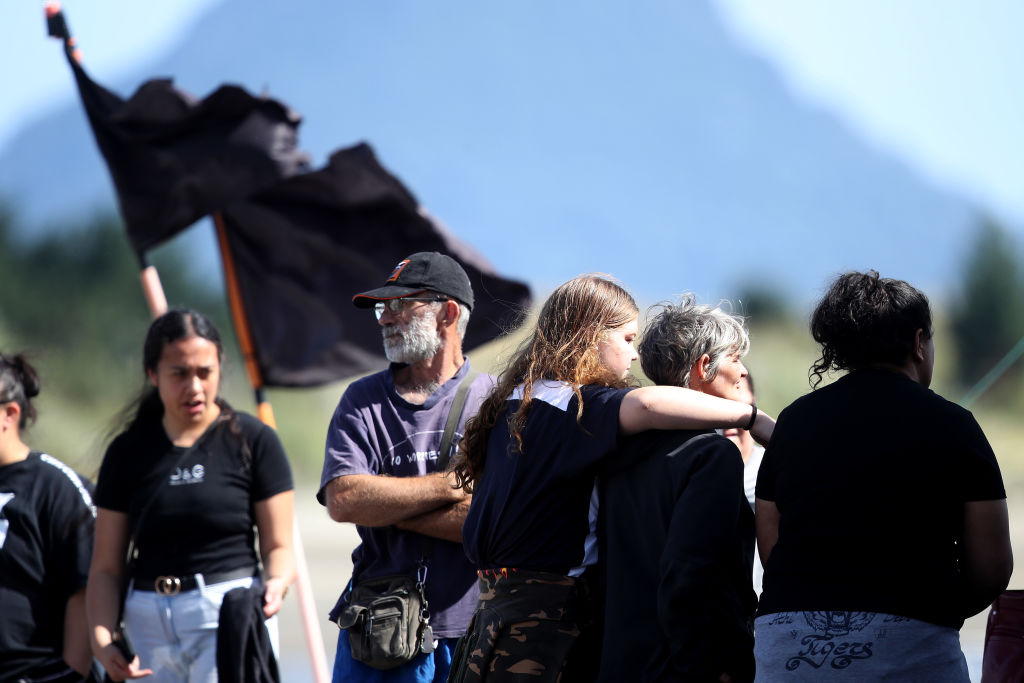 People comfort one another on the Whakatane Wharf on Tuesday morning. Photo: Getty Images
Up to three Australians have been killed after a volcano erupted in New Zealand, while eight others are missing and the death toll is expected to rise.

Thirteen more Australians injured are being treated in hospital.

The 24 Australians caught up in the blast were aged between 17 and 72.

"This is a very, very hard day for a lot of Australian families whose loved ones have been caught up in this terrible, terrible tragedy," Prime Minister Scott Morrison told reporters in Sydney on Tuesday morning.

In total, five people have been confirmed dead after the eruption, as of late Tuesday morning.

"I fear there is worse news to come over the course of perhaps today or over the next few days," Mr Morrison said.

"This is a terrible tragedy, a time of great innocence and joy interrupted by the horror of that eruption."

New Zealand authorities have done a reconnaissance mission and determined that nobody on the island could still be alive.

The extent of the injuries suffered by the 13 Australians hospitalised is unknown.

"At this stage it is still too early to tell - we know there are a number in critical conditions," the prime minister said.

"Obviously there are quite severe burns issues and that's why they are in so many different hospitals because they have been taken to the various burns units across New Zealand."

A forensics team from the Australian Federal Police is on its way to New Zealand to help identify victims.

"Some of those Australians will be a long way away from loved ones and they will be there on their own, and unaware of what has taken place because of the nature of their injuries," he said.

Australians who have concerns about the welfare of their friends and family are being urged to contact them directly.

Failing that, people have been told to call the Royal Caribbean cruise company or Australia's consular emergency centre.

"The challenge for the next few days is supporting those Australians who are so badly injured in hospitals across New Zealand, supporting their families and supporting the families of those who remain unaccounted for," Foreign Minister Marise Payne said.

"We will be working closely with New Zealand authorities and with Royal Caribbean to provide any support that we can."