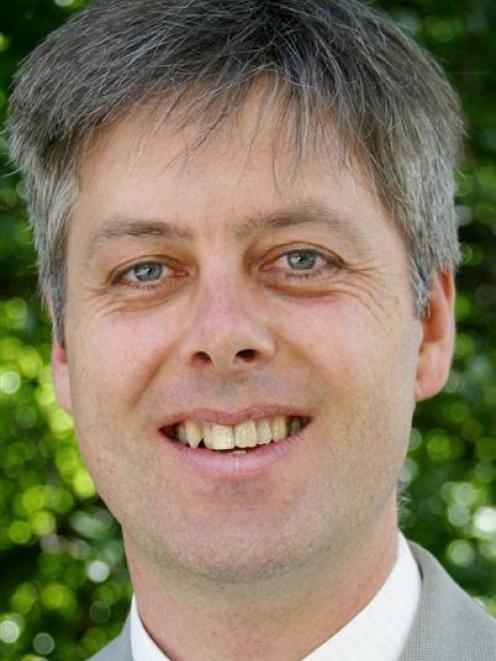 Richard Blaikie.
The University of Otago says it is "exceptionally pleased" with the effort its staff have put into research, with figures showing a "significant" increase in the amount of research submitted in the latest Government funding round.

Deputy vice-chancellor, research and enterprise, Prof Richard Blaikie said the university submitted 1318 evidence portfolios in this year's performance-based research fund (PBRF) process, up from 700 portfolios in the last round in 2006.

While the two sets of figures were not directly comparable, with the 2006 round being a partial funding round, the level of increase meant portfolios by Otago University staff made up 17.92% of the total amount of research submitted by all tertiary institutions, up from 15.2% in the 2006 round.

Prof Blaikie said the figures showed the university was undertaking a "significantly larger proportion of research" in the tertiary sector than in 2006.

The university had put a "huge amount" of effort into increasing both the quality and quantity of the research it produced and was "very proud" of its performance in the PBRF round.

"The university is exceptionally pleased with the commitment of our staff ... to research," he said.

Asked if the university was confident it would retain its position as the top university in the country in terms of the quality of its research, which it gained in the 2006 round, Prof Blaikie said it was too early to tell.

This was because the way the Tertiary Education Commission (TEC) reported the results of the PBRF would be different from previous rounds and there was still some "uncertainty" about what was going to be reported.

"We [will] reserve our optimism until we find exactly what the reporting metrics are going to be," he said.

The changes to the way PBRF results are reported come after the international auditing firm KPMG prepared a report which found human resource practices could affect the outcome of the league tables, which compared the average quality of research.

The Tertiary Education Union said the report confirmed its belief that universities had been "gaming" the system to appear higher on league tables. Otago University has repeatedly strongly rejected any "gaming" of the system.