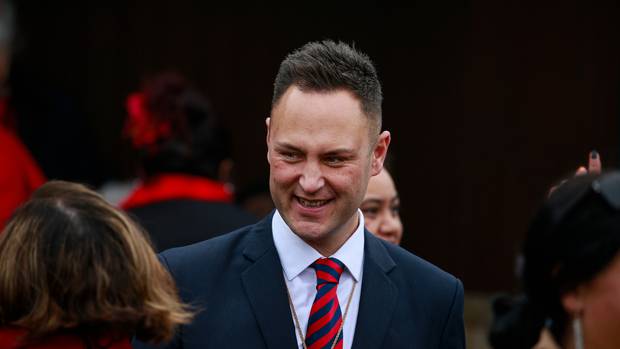 The Labour brochures were distributed throughout the Northcote electorate to promote candidate Shanan Halbert. Photo: NZ Herald
The Labour Party has pulled its brochures in an Auckland electorate after a complaint to the advertising watchdog.

The brochures were distributed throughout the Northcote electorate to promote candidate Shanan Halbert and his vision for the north shore suburb.

Under the heading "I love this place" a list of achievements includes the statement: "We've built over 600 houses for our growing Northcote family."

Except, the Labour Party hasn't.

A request under the Official Information Act (OIA) to Kāinga Ora - Homes and Communities revealed the actual number was 74, with just seven of those being new builds.

In a recently released decision, the complaint told the Advertising Standards Authority (ASA) they'd lived in the area for 25 years and knew the statement wasn't true.

"The claim that 600 houses have been built is incorrect and misleading to potential voters," they told the advertising watchdog.

"This is unacceptable before an election."

An OIA request to Kāinga Ora found that between "1 November 2017 to 31 July 2020, Kāinga Ora built 74 new homes. Of these, 67 were part of redevelopments on land already owned by Kāinga Ora, and 7 were new builds."

The Labour Party agreed that the statement was incorrect and said it "very much" regretted the mistake.

"While the current government has made progress building homes in the growing Northcote community, we have not built 600 homes in Northcote since the 2017 election," the party told the ASA.

In response, the ad has been pulled from circulation and the party's local team in Northcote had corrected the copy for their upcoming direct mail and for any reprints of the flyer.

"We have also made our fact-checking team aware of the error, and asked them to redouble their efforts to be vigilant in reviewing draft materials," the ASA heard.

"Please accept our apologies for this error, and please also pass them on to the complainant."

The ASA chair found the pamphlet's claim was misleading and ruled that the complaint was settled.

"Given the Advertiser's co-operative engagement with the process and the self-regulatory action taken in removing any remaining copies of the flyer and changing the copy for any future advertising, the Chair said that it would serve no further purpose to place the matter before the Complaints Board," the decision read.