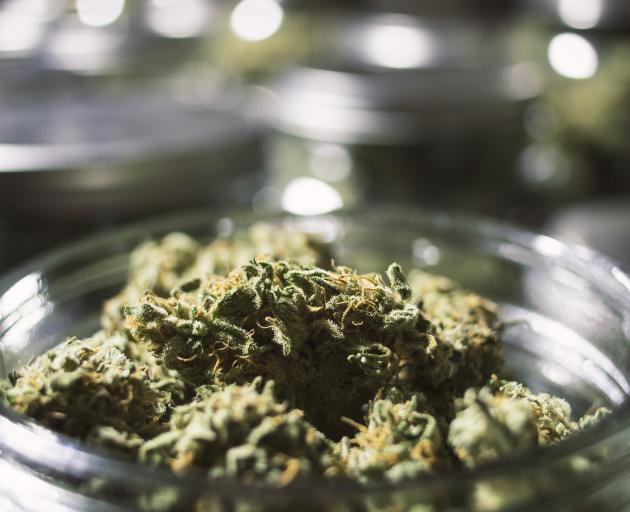 The party's drug reform spokesman Nick Smith said the party would abide by a "yes" vote by introducing the Government's Cannabis Legalisation and Control Bill, which outlines the proposed regulatory framework for a legal market.

But whether National, which opposes legalising for recreational use, would then support the bill to become law would depend on the select committee process following the bill's first reading.

If the committee, for example, recommended that the bill shouldn't proceed, then National may shelve the bill.

The party, under Simon Bridges' leadership, has previously said it would honour the referendum result.

Smith said the party's position had not changed but merely been clarified.

Act party leader David Seymour said his party had the same position as National on the referendum.

"We would certainly honour the referendum result at first reading, but we also believe in honouring the select committee process, so we would review after that."

National opposes legalising for personal use, while Act has no position and would prefer to see what happens in Canada, where cannabis was legalised for personal use in 2018.

On Tuesday, National Party leader Judith Collins said Labour leader Jacinda Ardern should also give a "straight answer" on whether she would vote "yes" or "no" in the referendum.

Ardern has consistently refused to say and did so again yesterday, saying it was a decision for the voters to make for themselves.

The referendum to legalise cannabis for personal use was part of the Labour-Greens confidence and supply agreement.

The Government has called September's vote a binding referendum because the governing parties have committed to abide by the outcome of the referendum.

Justice Minister Andrew Little has said that a "yes" vote would see a Labour Government pass the bill into law. If the select committee recommended changes, the current controls in the draft bill would remain as the bare minimum.

The Greens support the draft bill, meaning a Labour or a Labour-Greens Government would see the bill passed into law in the event of a "yes" vote.

NZ First also supports the bill, but its ongoing support is not as concrete as Labour or the Greens.

A spokesman said the party would send the bill to select committee, and if change was recommended or new evidence emerged during that process, it would consider those with "an open mind" in light of the strength of the majority "yes" vote.

The proposed legal framework includes a number of controls, including purchase age of 20, a limit on THC (the psychoactive ingredient in cannabis) content, a ban on advertising and a levy that would be ring-fenced to increase health and treatment services.

Last month an expert panel, led by the Prime Minister's chief science adviser Juliet Gerrard, released its peer-reviewed work to help inform the public debate in the lead-up to the referendum.

Gerrard told the New Zealand Herald that the key question was not about whether cannabis was good or bad, but whether the proposed legal framework would be better at reducing cannabis-related harm than the status quo.

The panel found that illegal cannabis has led to a cascade of health and social harms that could potentially be addressed through legalisation, but whether that would transpire is unknown.

Cannabis is widely used despite its illegality, and proponents say legalisation would see consumers using regulated products - with messages about potential health impacts - while avoiding the debilitating consequences of being criminalised.

Opponents say it would lead to an increase in consumption and therefore harm, especially among groups whose health is most at risk - young people and frequent users.

Who pays for this propaganda?