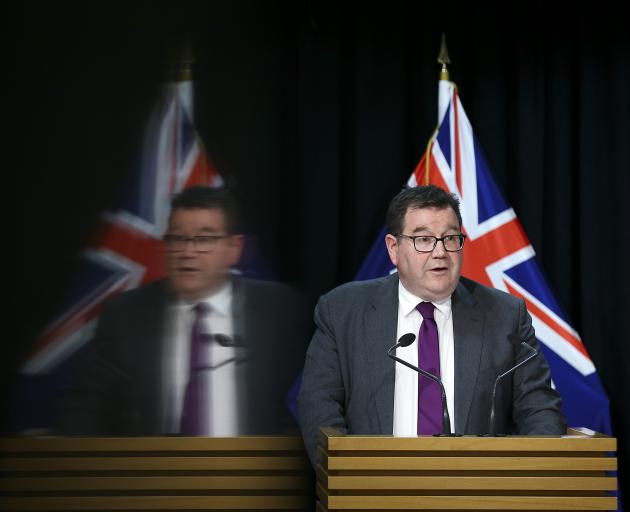 Ability to pay is the basic principle of tax fairness: people in a similar financial position should pay similar amounts of tax; people who can afford to pay more tax than others ought to pay more tax.

So, how do the political parties’ proposals measure up from the perspectives of horizontal and vertical equity?

The Greens and The Opportunities Party (Top) both propose expanding the (horizontal) tax base, as Labour did three years ago with its now-abandoned capital gains tax (CGT) proposal. This is a basic form of horizontal equity.

Act New Zealand proposes broad cuts to income tax and GST. But since none of the minor party policies seem likely to be adopted in their raw form by the next Government, for now we must focus on the Labour and National proposals.

In his speech announcing a new highest marginal rate of 39% for annual incomes over $180,000, finance minister and Labour finance spokesman Grant Robertson argued the additional revenue (a predicted $550million) would support Covid-19 recovery.

Mr Robertson did mention fairness in his speech — in relation to multinational corporations not paying their fair share (by reporting profits in low-tax jurisdictions rather than the country they were earned). But despite huge amounts of work by the OECD, we still do not really know what a fair share means.

Besides, the equity issue that really matters is fair treatment of individuals.

As a pure revenue-raising exercise, the marginal rate increase is dubious. There is ample evidence from Australia that ‘‘bunching’’ of incomes occurs when marginal tax rates increase: while high-salary earners have little option but to pay at the highest rate, we are likely to see many self-employed earners with incomes capped at about $180,000.

Similarly, while Inland Revenue has had some success in combating the manipulation of trusts, the opaque nature of such arrangements facilitates tax planning.

National also proposes improving vertical equity by combating bracket creep. This occurs when tax bands are not adjusted for inflation. While not inherently unfair, bracket creep is somewhat underhanded because it draws more taxpayers into higher tax brackets when the real value of their income has not increased.

Under National’s proposal, the current thresholds would be index-linked and automatically increase. At the current annual inflation rate of 1.5%, then, the threshold for the highest marginal rate would increase next year to $71,050.

This is a modest increase, but over years indexing could be significant. Even so, the change would do little to promote fair treatment between earners at the bottom of the threshold and a person earning $500,000 a year.

Labour argues that its proposal will affect only 2% of people. National says the vast majority of taxpayers would gain some benefit under its policy. The problem is, while both proposals promote modest vertical equity, they lock in existing unfairness in the tax system.

A narrow tax base is the real problem

It may seem intuitively unfair that the current highest marginal tax rate applies at a relatively low level of income, but there is no science to setting tax rates. Economists might argue over whether higher tax rates are disincentives to work or enterprise, but ultimately tax laws are a matter of political judgement.

The real unfairness in New Zealand lies in its narrow tax base.

The absence of taxes on general capital gains, capital transfers and wealth all benefit the wealthy, whereas GST disproportionately affects the poor.

But the result of these conservative proposals, even if they are tempered by gestures of vertical equity, is to entrench the horizontal inequity that bedevils the New Zealand tax system.

- Jonathan Barrett is a senior lecturer in taxation at Te Herenga Waka — Victoria University of Wellington.

Are we happy growing the nanny state? You pay for it eventually through; increased taxes, real inflation and NZD devaluation through debasement of our currency. How much taxes do you pay already? add up local (rates) and central taxes/duties/fees and I pay about 46% (and I am a non-smoker)- it is hidden intentionally to make it swallowable by the sheeple. Shame most of it is mis-spent/wasted by the technocrats.

It's somewhat worrying to encounter a tax academic who equates paying more tax with a higher marginal tax rate and mentions 'unfairness' in every second sentence.