‘Art for everyone’ at Dunedin show

From printed primates and liquid landscapes to gritty graffiti, there is something at the annual Dunedin Art Show to make the most mundane of walls look spectacular.

The show opened last night at the Edgar Centre, where thousands of works by more than 100 New Zealand artists are on display until Sunday.

Show director Kate Morrison said many of the artists had exhibited their works overseas, in places including Hong Kong, Australia, the United Kingdom and New York.

"There’s quite a high calibre of work here.

"It’s absolutely fantastic to look at."

All of the art was for sale, and many of the artists would be there to talk about their work. 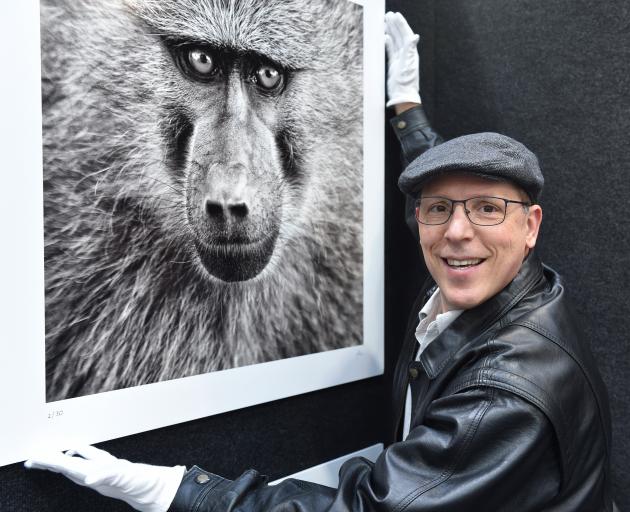 Photographic artist Ilan Wittenberg, of Auckland, straightens his portrait of a Tanzanian baboon at the Dunedin Art Show, which is being held at the Edgar Centre this weekend.PHOTO: GREGOR RICHARDSON
She hoped it would attract hundreds of buyers, if not curious art lovers.

"We’ve got art for everyone here," she said.

To some, $6000 might sound like a lot of money, but many of the works on display may be worth much more in time, she said.

"I have seen artists come through the show, whose work is selling for a lot more now than it did a few years ago."

One of the artists already receiving a lot of attention at the show was Rachel Rush.

"She’s a graffiti artist from Auckland and she’s in our top 10."

There is a section containing the top 10 pieces in the show, and visitors are encouraged to vote for their favourite work for the people’s choice award.