‘It’s just a thing that happened’ 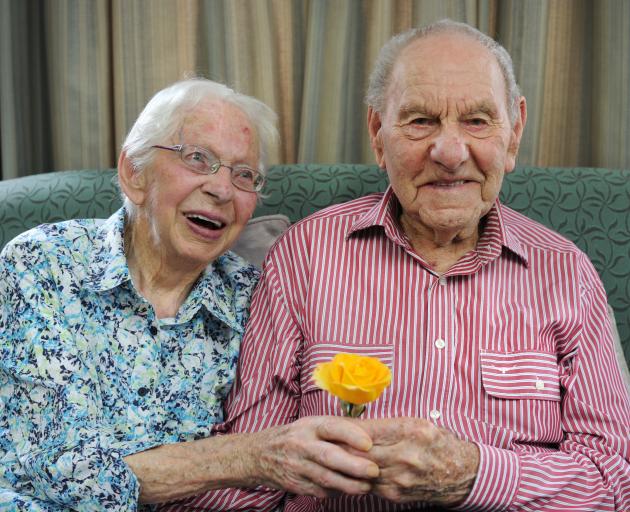 Lillian and Eric Brinsdon, of Mosgiel, celebrate 80 years of marriage at the Taieri Court retirement home. Photo: Christine O'Connor
Eighty years of marriage is a rare thing, but Lillian Brinsdon (99) says there’s no real secret to her long life with husband Eric (also 99).

"It’s just a thing that happened."

Today, the Mosgiel couple will celebrate their 80th anniversary with family and friends at the Taieri Court retirement home.

The Brinsdons could well be New Zealand’s longest-married couple, but the Department of Internal Affairs could not confirm that when asked by the Otago Daily Times yesterday.

Oak is the traditional 80th anniversary gift, but the more modern present for such a rare event is to give diamonds and pearls together.

Mrs Brinsdon’s advice to young couples was to reflect before getting into arguments.

"Think if it’s worth fighting over. It’s probably not."

When they were young, Mrs Brinsdon (nee Drummond) lived in Outram and Mr Brinsdon in Waihola.

They met through his sister Vera, who was a friend of Mrs Brinsdon. 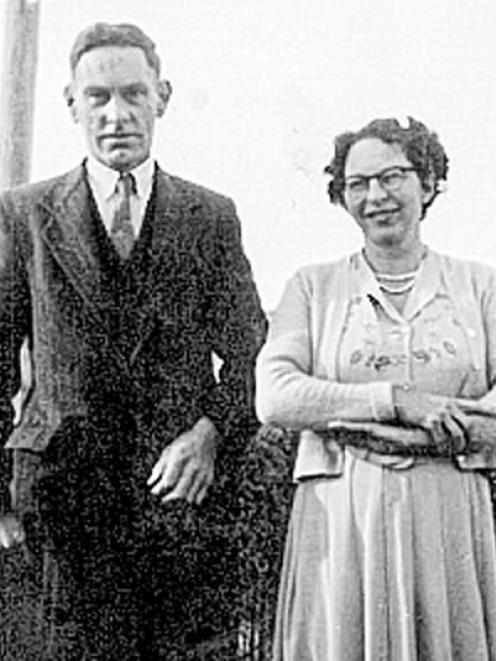 The two would ride their bikes the roughly 25km between the two homes.

"I don’t know, she was just there," Mr Brinsdon said of what first sparked his interest.Mrs Brinsdon was more the romantic.

However, she did need convincing to get married, as she saw "too much trouble" in the union of her parents.

The two were married at the Dunedin Registry Office on January 26, 1938.

"I suppose we were just too busy," Mrs Brinsdon said of their lack of a church ceremony.

Eighty years on, her opinion of marriage has changed.

"I knew you had to pull together to get there and we’re still pulling together. I look after him."

They lived throughout the Taieri Plain, raising a family in Mosgiel, before living in Hampden, Oamaru and moving back to Mosgiel.

Mr Brinsdon worked in many forms of manual labour, on market gardens and farms, and for the Taieri County Council.

The two liked to work on their vegetable garden together and camp in Alexandra and on the Waitaki River where he could catch salmon.

They were also both big readers, Mr Brinsdon said.

"Lillian can read a book all day. She used to put the dinner on and start reading a book and I’d have to watch [the dinner] didn’t burn."

Mrs Brinsdon said the milestone was "just sitting there, waiting", but she was not bothered about whether she made it.

As for a long marriage, Mr Brinsdon said the secret was to wake up in the morning, work all day, go to bed at night and get up again.

"Make sure they enjoy being together. That’s all that matters."