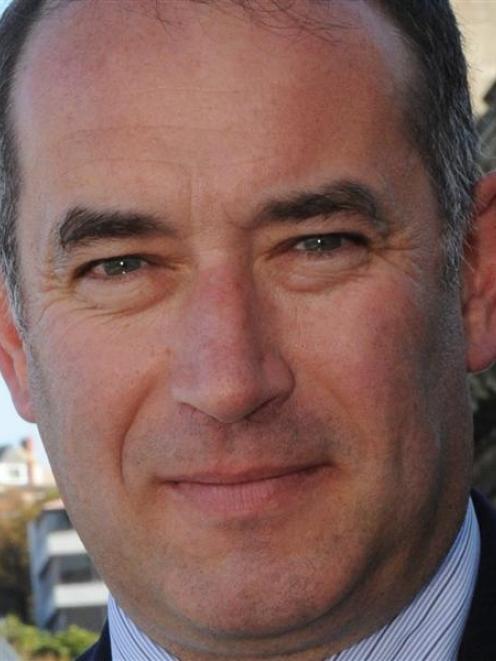 Grant McKenzie.
Dunedin City Council-owned company Delta is owed more than $12 million from the stalled Yaldhurst Village subdivision in Christchurch and the bill might still be climbing.

The revelation has prompted concern from some councillors about Delta's recurring problems with property subdivisions and fears the pattern could continue.

The bill covered infrastructure work within the Yaldhurst subdivision carried out more than two years ago by Delta's now-defunct Christchurch civil construction arm, for which it was yet to be paid.

The bill was based on an independent market valuation, and Delta's interests were secured by mortgages and other security arrangements, Mr McKenzie said.

However, the bill also included penalty interest, which, if still accruing, would have driven the total higher in the last nine months.

Mr McKenzie did not respond when asked if that was the case, and Dunedin City Holdings Ltd chairman Graham Crombie did not return calls.

Delta staff would also not discuss the sums involved, despite earlier suggestions from Cr Lee Vandervis the amount owed was nearly $19 million.

Other councillors contacted yesterday doubted that figure, although Cr Andrew Noone said adding additional interest to the outstanding bill ''was the original plan''.

''Whether we get the interest paid is another thing,'' Cr Noone said.

Delta chairman Dr Ian Parton would only say the company was ''exploring all options'' for payment of the bill and associated interest.

''While that process continues, it is not in Delta's commercial interests todiscuss details.''

That was not good enough for Cr Doug Hall, who questioned why Delta had become involved in three subdivisions - Jacks Point, Luggate and Yaldhurst - about the same time.

Delta's investment in Jacks Point and Luggate involved property purchases that had since cost the company at least $6.4 million, while Yaldhurst was an outstanding debt for work carried out.

''Put it this way - if a private developer was working with his own money, he wouldn't tie three up at the same time,'' Cr Hall said.

Cr Vandervis, in an email to the ODT, also drew comparisons between Jacks Point and Yaldhurst, saying both involved ''enormous amounts of Dunedin ratepayers' cash being used to gamble on high-risk ventures''.

Mayor Dave Cull dismissed the comparison, saying the company would have been expected to work on subdivisions as a contractor providing services.

''The assurances that we have had from DCHL is that this is a fundamentally different situation from Jacks Point.

However, Cr Hilary Calvert worried Delta still had a ''financial incentive'' to involve itself in more risky ventures.

Delta was to carry out much of the work on Aurora's five-year, $139.2 million network upgrade, but regulators required a council-controlled organisation (CCO) to keep its work for other CCOs below 50% of its total workload, she said.

Delta had to find other work elsewhere if it was to keep below that ratio threshold, and complaints were already coming in from other companies claiming to have been undercut by Delta's tendering, Cr Calvert said.

''Contractors out there are saying they're [Delta] putting tenders in that no-one else can match, because they want the work.

''We just need to know more about what they're up to,'' Cr Calvert said.

Delta staff would not comment on Cr Calvert's suggestion yesterday, and Dr Parton did not respond when questioned about it.

Last year, after Delta's investments in Jacks Point and Luggate were criticised by the Office of the Auditor-general, Mr Crombie said the company now had a better understanding of the need to focus on less risky business.

Mr Crombie told the meeting the bad debt could not be compared with Jacks Point, but councillors had been briefed over the past two years.

The dispute appeared to date back to 2006. The first caveats were placed on the property's title in 2009 and Delta's was added to secure its interests in August 2013, the ODT understands.

Earlier this week, The Press reported the dispute remained part of a High Court and Court of Appeal process, while caveats on the title meant it was impossible to raise finance to advance the subdivision.

Councillors spoken to yesterday could not say when a resolution was likely. Cr Hall said he ''wouldn't have the foggiest''.