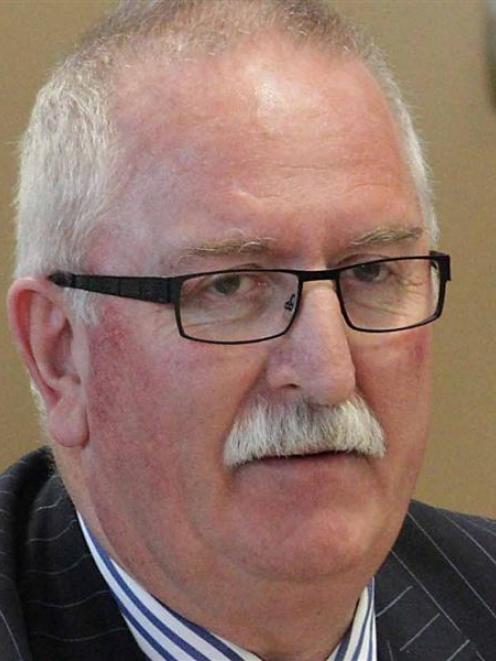 Tony Sewell.
Dunedin's financial fortunes could be looking up, with confirmation Ngai Tahu is planning a $20 million student hostel in the city.

The investment could be just the tip of the iceberg, with suggestions the tribe was planning to invest nearly $300 million across the South Island - including more in Dunedin projects - in the years ahead.

He would not disclose the total sum to be invested across the South Island, describing the suggested total of nearly $300 million as ''pure speculation''.

However, he confirmed talks were under way with potential investment partners in Dunedin that could lead to more projects in the city.

''Ngai Tahu is looking for good investment opportunities in Dunedin. It's a major centre of the South Island and a major part of Ngai Tahu's rohe [territory].

''We'd like some more and this is a great opportunity for the iwi to further show its face and its hand in the Otago area.''

His comments came after Dunedin City Council staff confirmed yesterday they were close to concluding a $2 million deal to sell surplus land on the edge of Logan Park to Ngai Tahu's investment arm.

Councillors endorsed the move in a non-public part of Monday's full council meeting, although public consultation would be required before the council approved the deal later this year.

The multi-storey hostel would be built for Otago Polytechnic students by the beginning of 2015, and could have up to 235 rooms.

Otago Polytechnic chief executive Phil Ker said the hostel's apartments would be designed to attract an even split of New Zealand and international students.

The ''base model'' would be five-bedroom self-contained apartments, with supervision within the hostel offering a safety net, he said.

The development would also form a ''major plank'' of the city's economic development strategy, which included a push by the polytechnic to attract more international students to the city, he said.

''This can only be achieved if we can offer good-quality accommodation. We see this as inextricably linked with the economic development of the city,'' Mr Ker said.

Mr Ker said he was ''fairly confident and hopeful'' people would support the deal.

''We think we are dealing with a multi-party win-win-win here.''

Mr Sewell said the development was a ''great opportunity'' for Ngai Tahu and the polytechnic to work together while providing a community benefit.

''It has a significant aspect of community good in it, it's commercially sound and it's very long-term.

''They're the types of things that we are interested in.''

He would not discuss other investment opportunities identified in the city, which remained commercially sensitive.

Dunedin Mayor Dave Cull said Ngai Tahu's investment was ''very much in line'' with the city's economic development strategy, which stressed the importance of the tertiary sector and good housing.

''It's good for everyone, really. I would welcome more Ngai Tahu investment in the city.''

Council city property manager Robert Clark said the land to be sold was a 3000sq m car park off Union St East, behind the polytechnic and next to the hockey turf.

The site was designated park land under the Local Government Act, triggering the need to consult the public over the sale.

It had been bought by the council years ago but since deemed surplus to requirements for the planned redevelopment of Logan Park, he said.

A sale and purchase agreement with Ngai Tahu Property was in place, but subject to due diligence and the results of public consultation, he said.