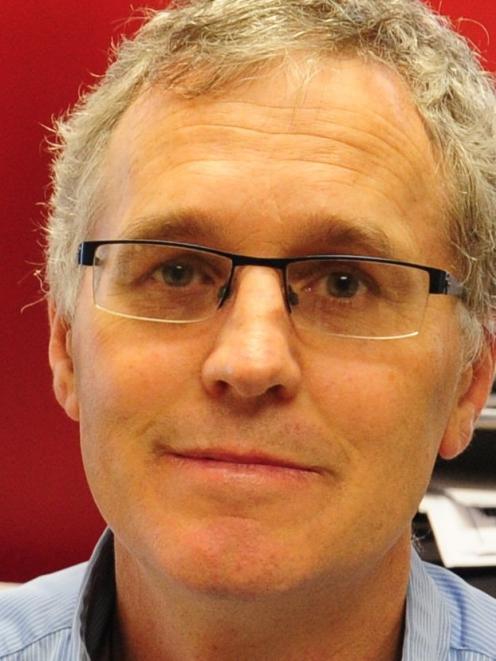 Blair McLaren
The South will not be left behind by a new cancer treatment target, but there will be challenges in some areas, medical oncology clinical leader Dr Blair McLaren says.

The biggest hurdle for the Southern District Health Board is expected to be bowel cancer. Delays receiving diagnostic procedures like colonoscopy have been widely publicised.

A new national target launched by Health Minister Dr Jonathan Coleman last week required cancer patients to be treated within 62 days. Boards have time to meet the requirement. By mid-2016, they will be expected to meet it for 85% of patients, and by mid-2017, for 90%.

The starting point is from the time of suspicion. It will not apply to patients in screening programmes.

Dr McLaren, a member of the board's faster cancer treatment working party, said the board had been preparing for the target for months. At present, about 70% to 80% of southern patients were treated within 62 days, he estimated. However, he did not expect it to be easy to meet the target.

''We will find that we have some issues, undoubtedly, and there are certain cancers we will do really well on.''

The South would fare well on breast and lung cancer, while bowel cancer was probably its biggest challenge.

The streamlined pathway invention plan had generated interest from clinicians in other parts of the country.

Dr Wong's pathway project was an example of what was possible to move patients through the system faster, Dr McLaren said.

Southern's delay-plagued radiology service was one of the potential bottlenecks in the system. Some cancer diagnoses took longer, for clinical reasons, and that would not change, he said.

The target-driven approach was good for patients, he believed.

''The proposal is fantastic. It's exactly what you want if you're a patient who is at risk of getting diagnosed with cancer.''

One of the challenges, for all health boards, was data collection and adequate IT systems to track the numbers of patients receiving treatment on time, he said.

• Launched last week in Wellington
• New target 62 days from suspicion to treatment.
• Boards expected to treat 90% of patients within target by mid-2017.
• Southern may struggle with bowel cancer target.