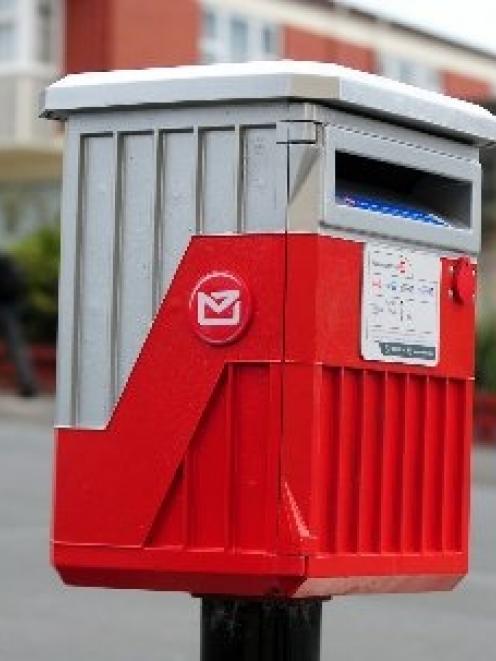 Mail processing will be transferred from Dunedin to Christchurch next year.
New Zealand Post is to close the Dunedin mail processing centre with the loss of 73 jobs as part of nationwide operational changes.

The restructuring announced this morning will result in mail processing being axed from Dunedin, Hamilton and Wellington.

Processing centres in Auckland, Manawatu and Christchurch will be expanded.

New Zealand Post said in a statement mail processing will be transferred from Dunedin to Christchurch next year.

He said the change was in response to the continuing decline in mail volumes.

The number of pieces of mail being processed has fallen by nearly 200 million in the last decade. Mail volumes are currently declining at 8 per cent a year.

About 500 part time and full-time jobs will be lost in the sites being axed while 380 new roles will be created in the expanded sites taking on the transferred processing.

"There are a lot of people deeply fearful for their futures today. This is not a good time to find yourself on the dole queue and in the current environment it's going to be very hard to get another job with secure hours and good rates of pay," he said.

"The Government really needs to step up to the plate here by making jobs its number one priority. People need to have some decent alternatives when they find themselves out of work and at the moment the jobs just aren't there."

"We recognise New Zealand Post faces considerable commercial pressures and that some degree of change is inevitable, but we're not convinced service cuts on this scale are justified."