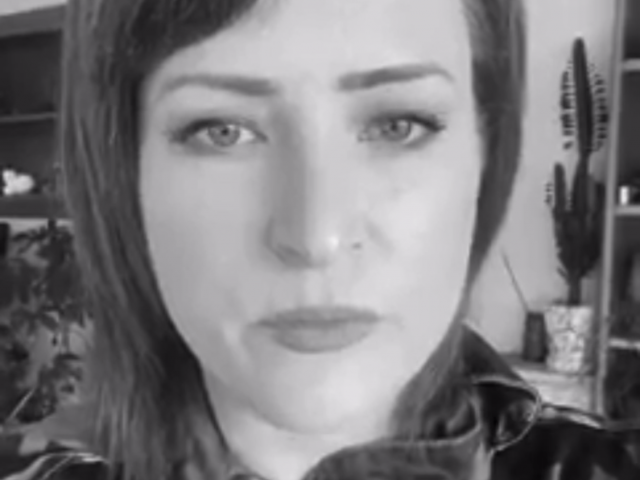 Lauren Bransgrove.
A Dunedin nurse who posted online threats against medical professionals involved in the Covid-19 vaccine rollout cannot practise medicine and is no longer working for ACC.

In the video she said she was in a rage and called on the prime minister, the Covid-19 response minister and the director-general of health to "cease and desist" in the rollout of the vaccine for five-to-11-year-olds.

Bransgrove had also been taking part in events in Dunedin organised by antivax group Voices For Freedom.

At the time she worked for ACC as a clinical advisor and before that spent 15 years working as a nurse.

Multiple agencies investigated the video, including the Nursing Council, which referred Bransgrove to a professional conduct committee (PCC).

This week the Nursing Council confirmed to RNZ Bransgrove was no longer able to practise as a nurse.

"The Nursing Council cannot comment on individual cases. As you have noted, Ms Bransgrove is no longer listed on the council's public register and is therefore not able to currently practise," the council said in a statement.

In response to follow-up questions, the council said: "The Nursing Council can't comment on individual cases and whether a PCC is ongoing.

"Nurses do not appear on the online register of practising nurses for numerous reasons, including not renewing their APC, voluntarily coming off the online register as they have ceased practising, being suspended for health, competence or conduct reasons, or having had their names removed following a Health Practitioner Disciplinary Tribunal hearing."

ACC also confirmed she no longer worked for the crown entity.

"ACC does not comment on individual employment matters, however, we can confirm Lauren Bransgrove no longer works for ACC," ACC's acting chief talent officer Cain McLeod said in a statement.

"I am wholeheartedly sorry to all," the newspaper reported.

"Being a parent of two children within the affected age group, my fear drove my response rather than my reason."

The vaccination of 5-to-11-year-olds started about a fortnight ago with more than 110,000 doses administered so far and no reports of any issues.