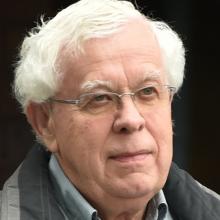 Former Waikato University professor of accounting and finance Don Gilling said in his recent report that an earlier Cabinet paper had claimed the restructuring would "futureproof" the two organisations and cut costs.

The paper had also claimed the "statutory functions" and financial independence of National Archives would be maintained after it lost its separate departmental status and became part of Internal Affairs in 2011. Dr Gilling said that, in fact, the costs facing the National Archives and the National Library had continued to rise, but their financial resources and influence had declined.

Archives New Zealand and the National Library had both "suffered from declining budgets" between 2013 and 2018, and the operating expenditure component of the archives budget had dropped by 18.7%, he said.

Funds under the direct control of the chief archivist declined by nearly 30% (2013-2018), and corporate overheads charged by the department had risen 279%.

Mr Strachan, of Dunedin, is a former Hocken librarian, and a former national president of the Archives and Records Association of New Zealand.

The report had "confirmed my worst expectations" about the restructuring, he said.

Having Archives New Zealand operating on a "third-tier" level within Internal Affairs had created a "constitutional anomaly" and undermined its important constitutional role.

National Archives was expected to maintain the integrity of all record keeping throughout central and local government, but could not do so when it had been "emasculated" through the restructuring, he said.

Mr Strachan was among 151 people and organisations  making submissions to a recent government review of the archives, the National Library,  and Nga Taonga Sound & Vision, the national film, television and sound archive.

The aim was "strengthening the contribution of the national archival and library institutions". Mr Strachan was "pleased" that Archives New Zealand was likely to regain its independence.

In a joint statement to the submitters, Associate Minister for Arts, Culture and Heritage Grant Robertson and Internal Affairs Minister Tracey Martin said that, given the public feedback, they agreed that existing arrangements "could not continue".

Recommendations on the future of the three bodies would be taken to Cabinet this year.