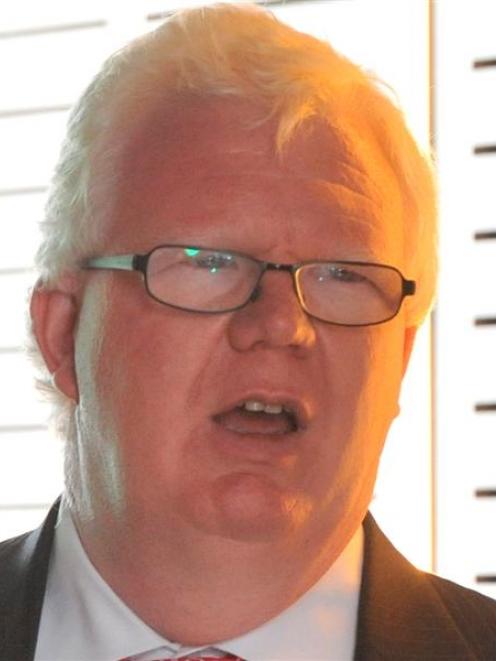 Organised by a Wellington-based think tank, its theme was the late scientist Sir Paul Callaghan's vision of New Zealand as ''a place where talent wants to live''.

Mr Bennett, who spent much of his career in Asia before returning to run the New Zealand Stock Exchange, said migrants faced ''incredibly frustrating'' barriers.

This country needed talented workers to lift productivity, especially during the 10 to 15 years it would take to educate the long-term unemployed.

Immigration officials needed to take a more rounded view of migrants, rather than remaining focused solely on the jobs they would do.

New Zealand needed more foreign capital - and there was no shortage of investors.

''It's a really good story,'' he said, adding investors were not solely interested in the dairy industry, but a range of sectors.

Associate Prof Paul Hansen, of the University of Otago economics department, told the forum he did not have all the answers but felt they were likely to be found in the private sector.

Dunedin needed more jobs. It was a great place to live, but people needed to make a living.

Often when the university hired a highly skilled academic, there was no work in the city for their partner.

Prof Hansen said he was the only one of his school friends still in Dunedin. Nearly all lived overseas, and while they were fond of Dunedin, they were unable to return because of a lack of opportunity.

Prof Hansen, who is also a software developer, said the internet played a crucial role in ensuring Dunedin was connected to the world.

In his talk, Emeritus Prof Jim Flynn sharply criticised the university system, saying an ''insane'' market-driven model meant far too much money was spent on bureaucracy and marketing.

The bureaucracy had too much power in universities, he believed. There was no point in institutions competing for students; it was a waste of money.

He would like to see tertiary education more accessible to older students and women. The funding model encouraged academics to pass as many students as possible, which meant those not really interested in their studies were retained in the system.

The cultural environment was crucial to attracting people from overseas. He tried to do his part by writing books - with topics ranging from climate change to literature - to educate New Zealanders and make those from overseas feel more stimulated.

The forum was organised by the McGuinness Institute, as part of its TalentNZ Tour.