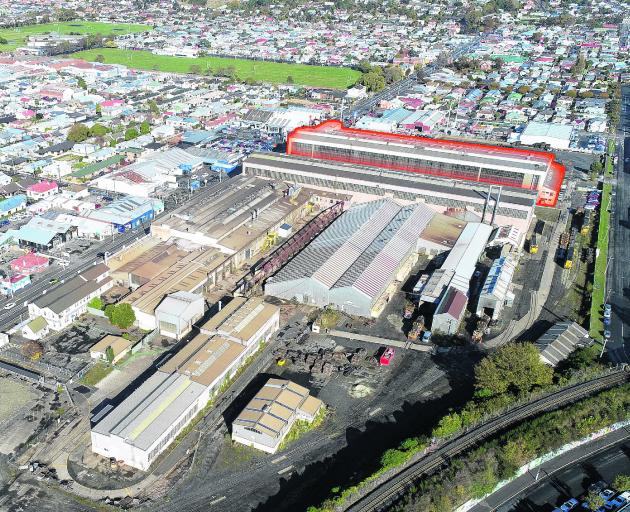 Specialist contractors will arrive on site this week to prepare for the demolition of the 140m-long, 17m-high former fabrication shop, making room to construct a new mechanical workshop.

The tinsmiths’ shop beside it, which houses the staff lunchroom, is also being demolished.

KiwiRail Group chief executive Greg Miller said while the nearly-100-year-old fabrication shop had a treasured history, its age and dilapidated condition meant it was no longer fit for use by the company.

"We are looking ahead to a brand-new facility that will see this once proud site revitalised," he said.

"The new mechanical workshop will allow up to 20 locomotives, wagons or carriages to be worked on at a time and we will have new equipment including a traverser, heavy lift jacks, and electric shunt engines."

In May the Government announced a further $85million investment to build a new wagon assembly facility where KiwiRail will assemble wagons rather than import them fully assembled.

Building the new mechanical and wagon facilities is expected to create about 250 construction jobs.

"We are already seeing South Island jobs created by this project, with specialist contractors engaged to manage the demolition work," Mr Miller said.

"Once we get to the construction phase it will create business for local material supply companies and when the site is up and running more than 100 KiwiRail people will be working from Hillside.

"These are all people living and spending in the local community which will benefit Dunedin."

The demolition work was being done by Christchurch firm Taggart — no bids for the contract were received from Dunedin businesses — and was expected to take about seven months.

Demolition would start at the northern end of the workshop and work southwards to Hillside Rd.

The demolition programme was being closely managed due to the presence of asbestos in the buildings, which were built in the late 1920s, he said.

The workshop would be demolished progressively from the inside, with the external walls retained to provide an enclosed space while the steel framing was brought down.

Continuous air testing would be undertaken to ensure the safety of workers and the public.

Detailed design of the new workshop building and adjacent buildings was still being done, and the schedule for its construction and further demolition of other buildings at Hillside was yet to be confirmed.

Design work for the wagon assembly facility was at an early stage.

The new site was expected to be operational by mid-late 2023, Mr Miller said.