'Bit of cash' for eradication 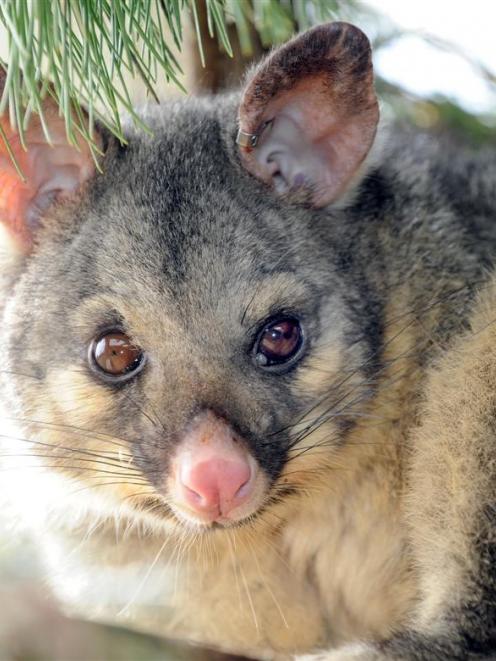 The Otago Peninsula Biodiversity Group had killed more than 6000 possums on the peninsula so far, with the aim of eradicating them from the area, and was now on the doorstep of the city, Rik Wilson said.

Now it wanted to create a possum buffer zone in the urban areas at the edge of the peninsula, including Highcliff, Waverley, Shiel Hill, Andersons Bay, Tainui, Musselburgh and Tomahawk, and was seeking council support with communicating with residents in those areas.

It was also seeking some financial support for the buffer zone project, as well as increased pest-control efforts on council reserves in the buffer zone.

Recent research from the University of Otago on possum movements had shown if the buffer zone could be trapped and pest control on reserves intensified, the group could stop possums getting on to the peninsula, Mr Wilson.

Ideally, a possum trap on every eight or tenth property would be enough to clear the possum population in those suburbs, but the group sought the council's help in communicating the importance of the project to residents to get their support.

They expected the buffer zone clean-up to cost about $30,000, although the group was not asking the council to pay for the full costs.

''We not coming here wanting you to stump up big cash, it's a bit of cash and the support of the council in that community visitation.''

Mr Wilson agreed to supply more specific information about what the group required from the council so councillors could consider it during their deliberations next week on the 2013-14 annual plan.