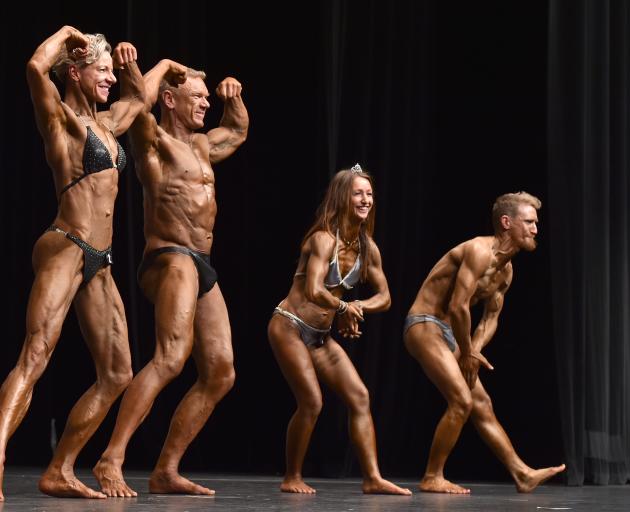 About 40 competitors strutted their stuff at King's High School on Saturday, from bikini and board-shorts wearing men and women showcasing the perfect beach body, to more rugged-looking classic bodybuilders.

Nabba Otago representative Kristy Ovens said there was a full house of about 140 people in the audience.

"It was awesome. It went extremely well."

Among the competitors were couple Delaine and Mike Tabb. 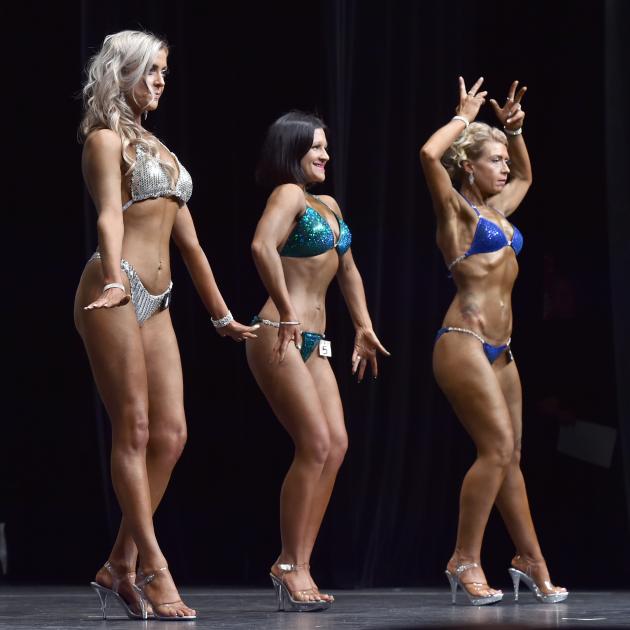 Bodybuilders (from left) Georgina Guthrie, Natalie Parry and Nicola Cooper compete in the shape category.
Mrs Tabb, a policewoman and former world champion who won the Ms Figure category, was only just returning to competition after having three children, Miss Ovens said, which made her success that much more special.

Champions in each category could travel to the national championships in Palmerston North next month. From there, national winners would be able to head to Spain to compete in the world championships.

"[Delaine Tabb] is looking in such great shape, who knows."

It was hoped the national championship would be held in Dunedin for the first time next year.

"Shape" and "body - board shorts" were categories for women and men who had worked to attain more beach-ready bodies, while "figure" and "athletic" were for more muscular competitors, and "physique' showcased male and female bodybuilders with heavy muscle.

The overall award for the gym which produced the most champions was the Olympic Gym in Mosgiel.