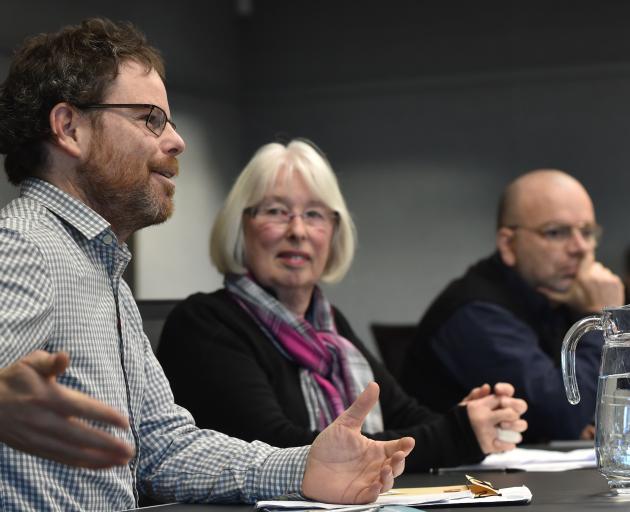 Mr Dowden said the planned timetable change came after an overall history of gradual improvements in the city bus service by the ORC.

He believed this was the first time for some decades that a service had been cut to this extent, and was unaware of another case where the proposed change differed from the plan.

The transport plan will usher in major changes in Dunedin bus zones and routes, which take effect next Monday.

These aim to streamline the service, and offer overall benefits and savings on longer trips, using the Go Card.

People went to much trouble to make submissions on transport plans.

But if the agreed outcome as expressed in the plan was altered without further consultation, people would question the value of making submissions, he said.

The new No19 bus route connects Belleknowes and Waverley, from next Monday.

The new timetable showed that Belleknowes residents would have an hourly off-peak bus, and Mr Dowden asked for half-hourly buses to be retained.

He asked that regional councillors further consider the matter before the changes came into effect.

She was surprised by the service cut, which would adversely affect some older bus users.

ORC support services manager Gerard Collings denied there had been any ''slash'' in the service or that the plan was breached.

In fact, 282 bus services would be offered a week on the Belleknowes route, up from the present 270.

The bus service would also be much improved on weekday nights, Sundays, and public holidays.

The ORC ''always take community feedback seriously'', and many submissions, including from Belleknowes residents, were taken into account in developing the plan.

If increased patronage supported this, it was hoped to improve the 9am to 3pm off-peak frequency to half-hourly from July 2019, he said.

Maybe if ORC spent $31 million on a new premises it would facilitate better decision making?