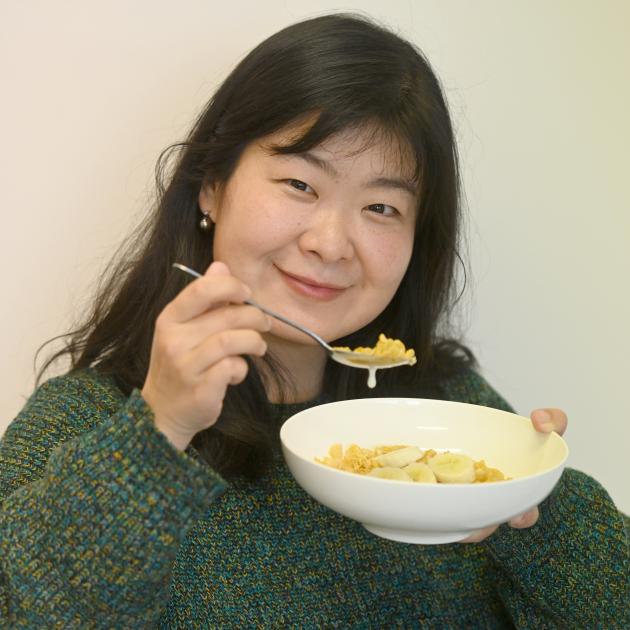 A University of Otago study has found what we smell and taste can trigger substantial changes to food choices later in the day.

Co-author and food scientist Dr Mei Peng said scientists had always known sensory exposure could change people’s food choices and behaviour, but this was the first study to show these effects could last throughout the day.

She said the "modern food environment" was characterised by easy access to palatable food, which promoted overeating and could cause health issues.

"This research looks at how sensory exposure can potentially change eating behaviour by suppressing or increasing appetite for certain foods."

Researchers provided breakfast to 61 participants. Each was served either a plain portion of oats, or one with added vanilla aroma or non-caloric sweetness.

The participants then reported how full they felt after the oats and recorded what they ate for the rest of the day.

Based on this, Dr Peng believed dietary advice should consider the importance of sensory satisfaction in order to increase diet adherence.

"Sensory perception has a long-lasting impact on eating, by directly influencing choices for subsequent meals.

"Our food choices for a meal can impact on variety-seeking behaviour, which is linked to increased likelihood of weight issues.

"While overall food consumption might be driven by one’s metabolism and energy requirements, food choice is an important factor for a healthy lifestyle."

Dr Peng also believed the study findings could be pertinent to vapers.

Because it was now a common form of "sensory exposure" which was typically associated with sweet odours, vaping could potentially increase appetite for savoury foods in subsequent meals.

"We’d need to do further research to confirm this, though."