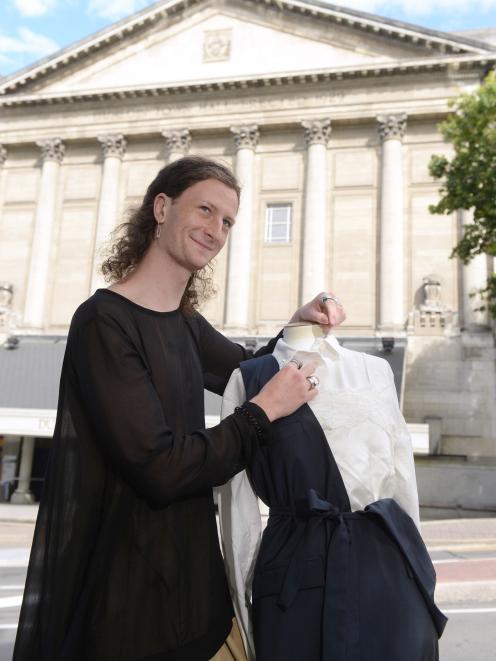 Mr McCutcheon-Peat is heading to the United Kingdom for Graduate Fashion Week.

The only graduate of the polytechnic picked for this year’s emerging designers show was chosen  to represent the institution at the London event.

Polytechnic head of fashion Margot Barton said Mr McCutcheon-Peat was chosen because of his good marks.

The polytechnic was the only New Zealand institution invited to the event and had to pick a student who was willing to go, and who had a suitable collection. Dr Barton said Mr McCutcheon-Peat had been going to London already, a week later, so the polytechnic paid to change his tickets.

Mr McCutcheon-Peat  has added new designs to his collection, "Is He a Tomgirl?", which featured at the emerging designers show.

He said the London event, which begins on June 3, would be the highlight of his career to date.

"I only graduated last year.

"I did iD a few weeks ago and that was really big, but this is a whole new level."

His collection aimed to encourage different perceptions of masculinity.

"It is about making people aware there can also be a fragility to the notion of masculinity, and by using elements of lingerie within the collection, I make it very visible."

After his trip he planned to  move to Melbourne and set up a design business there.