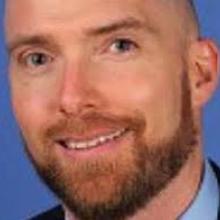 A thud. And then screams. That's what passers-by heard at a Melbourne hospital where an Otago-trained surgeon was allegedly punched and later died from his injuries, a jury in Australia has heard.

Joseph Esmaili (24) is on trial in the Supreme Court for the manslaughter of chest surgeon Patrick Pritzwald-Stegmann.

The 41-year-old died in June 2017 when his life support was turned off, four weeks after the alleged assault.

The cardio and thoracic surgeon graduated from the University of Otago in 2002 with a bachelor of medicine and bachelor of surgery.

The pair allegedly got into a dispute over a smoking ban at Box Hill Hospital in May last year, with Esmaili accused of punching the victim who fell and hit his head.

"I heard what sounded like a punch and then a thud on the ground and then a couple of screams," witness Emma Spargo told the court on Tuesday.

The kindergarten assistant said she had been at the hospital visiting her nan with her partner when they heard a "commotion" as they got out of the lift.

"I heard a couple of times 'you need to leave the hospital, I'm going to escort you from the hospital','' Ms Spargo said, repeating words she heard used by Mr Pritzwald-Stegmann.

The woman and her partner kept walking and did not see the alleged punch or fall. Instead they heard over the speakers "code blue" and left the hospital.

Her partner, Carey Ryan, also gave evidence and said he saw an older gentleman and a younger man arguing at the hospital.

"I heard two men shouting at each other as we got out of the lift," Mr Ryan said.

The electrician told the court the older male was "pretty professional about it" and it appeared he was trying to escort him out of the hospital.

Earlier on Tuesday, jurors visited the hospital and were taken on a tour of the area where the alleged attack happened.

On day one of the trial, jurors were told Esmaili did not mean to hit Mr Pritzwald-Stegmann hard.

The trial is set to continue on Wednesday.