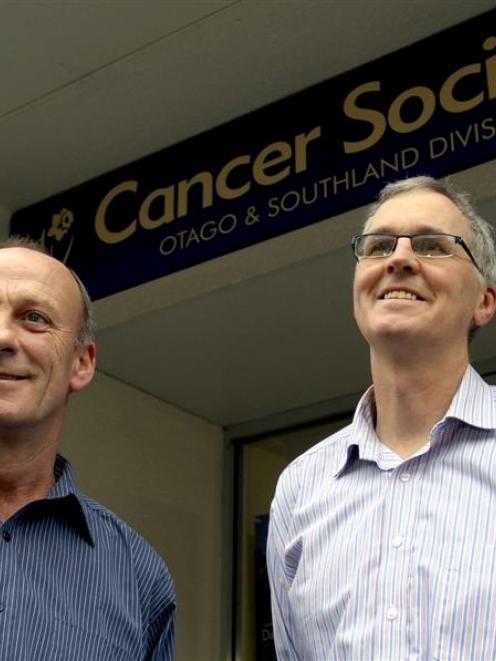 Chief executive Mike Kernaghan and board member Dr Blair McLaren, a medical oncologist, outlined their concerns for cancer patients and their families if the South Island's neurosurgeons are all based in Christchurch.

Dr McLaren, clinical leader of oncology for the Southern Blood and Cancer Service, warned the prospective change may also put at risk a long-standing national cancer contract for radiosurgery, which had neurosurgery input.

Dunedin Hospital was the only provider of radiosurgery in New Zealand.

Dr McLaren was concerned about the effect on sufferers - and their families - if they had to be transferred to Christchurch.

"It's about disrupting a family at a critical phase of their life."

He believed the situation was governed by "political" motivations, rather than clinical.

The focus must be on the patients.

When Southland and Otago oncology services were merged in 2008, delivering treatment close to patients' homes was made a priority.

Centralising administration of a service did not mean centralising treatment, he said.

Some treatments, including radiotherapy, were only available in Dunedin.

However, clinics throughout Otago and Southland ensured cancer sufferers could see oncologists for assessments, follow-ups and chemotherapy.

A neurosurgeon was ideally present at radiosurgery, or stereotactic radiotherapy, to help direct an intense beam of radiation at a tumour.

Since 1994, the hospital had provided the procedures, treating 110 patients a year.

"The problem is if you remove neurosurgery from [radiosurgery], it is technically speaking not the high-tech service you want to provide ...

You have to wonder, can that service be sustained in Dunedin if you do not have neurosurgeons."

Dunedin was the only radiation centre in New Zealand with a waiting list for radiation therapists to be employed and trained, Dr McLaren said.

The flow-on effect to other services of losing neurosurgery needed to be considered.

Mr Kernaghan, who has been in his role at the Cancer Society for about two weeks, said he was learning about the organisation and its role in caring for cancer sufferers and their families.

It was essential the service was centred on patient welfare, he said.

In the past five days, more than 4900 people have signed a petition demanding that neurosurgery services be retained at Dunedin Hospital.

The largest number of signatures - 3200 - was collected at Saturday's Ranfurly Shield match.

Those will join 13,000 submissions on the issue, which includes signed copies of a draft letter printed in the Otago Daily Times.

The petition, launched by the ODT and The Southland Times last Thursday, is available at both papers' offices.