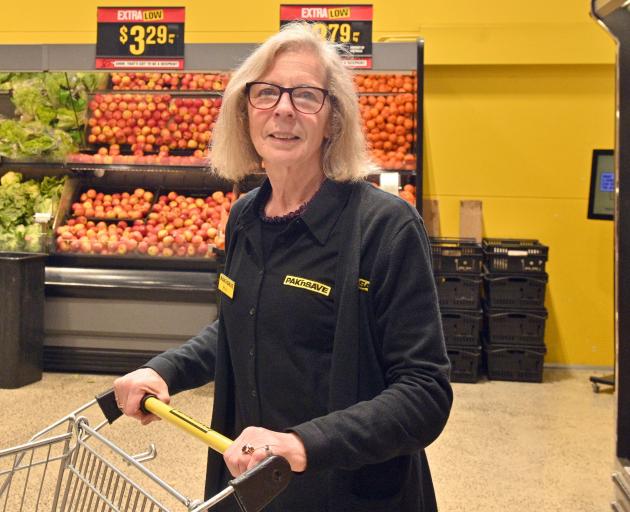 Willi van Horik is retiring from Pak’nSave after 41 years in the aisles. PHOTO: LINDA ROBERTSON
Standing in the middle of a busy supermarket, pointing people towards anti-fungal creams and other embarrassing products, is far from awkward - at least, not for Willi van Horik.

She has spent much of the past 41 years, doing just that at the former New World Supermarket in South Dunedin, and more recently at the Pak’nSave on the same site.

The 69-year-old was a nurse before she started working there in May 1979.

She had a young family and was struggling with the shift work involved in nursing.

‘‘I wanted a part-time job, from 9am-3pm. They were looking for staff at the New World. I said I didn’t know much about the job, but they said, ‘We’ll teach you’, and it started from there.’’

‘‘You have to be ready for most things in a supermarket.

‘‘Working full-time on a checkout is hard work. It’s noisy, it’s busy, you’ve got people always in your face wanting stuff — dealing with them is an art.’’ 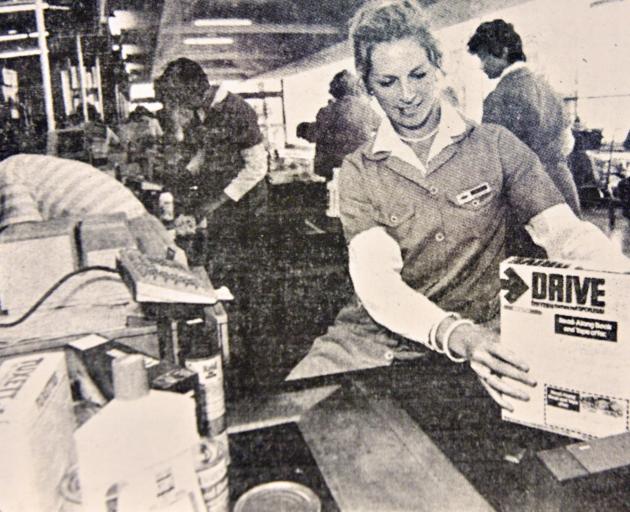 Willi van Horik working at the South City New World, where she started in May 1979. PHOTO: OTAGO DAILY TIMES FILES
Ms van Horik said a lot had changed in the industry since she started.

‘‘There was no scanning. We had to put prices on everything. You had to remember prices, key them in, add them up and learn your specials each week. You also had to weigh everything.’’

She said Foodstuffs was very much into technology, and in 1984 the supermarket was one of the first in the country to get scanning equipment.

And since then, eftpos and paywave had been introduced.

‘‘When eftpos came in, that changed everything. You don’t have to know maths now. The machines do everything for you.’’

Ms van Horik is retiring this week and said she would miss her colleagues most.

‘‘We’ve got a good crowd of girls here. We have coffee mornings, we have lunches - a lot of lifelong friendships have been made through here.’’

She said many well-known people had also worked there while studying at university, including Finance Minister Grant Robertson.

‘‘Grant started here. He worked in produce, worked with the bananas and the vegetables.’’

She said life was too short and she was looking forward to using the rest of it on camping trips with her husband, and spending more time with family.