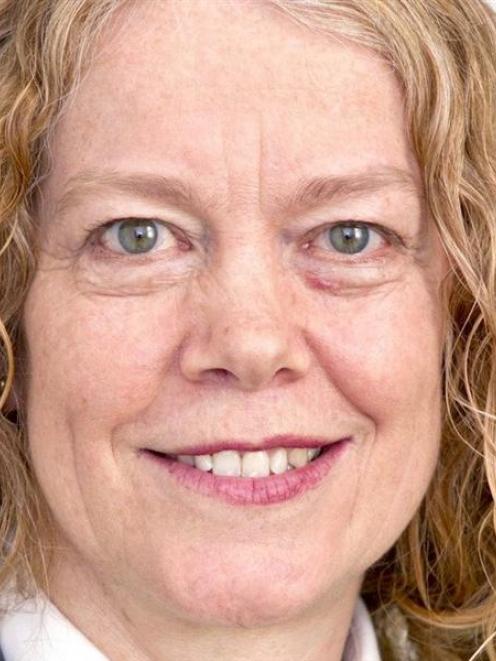 Hilary Calvert.
A call to consider a private prosecution has come amid claims a dead man has become the fall guy for others who profited from the Dunedin City Council's $1.5 million Citifleet fraud.

The call came from Cr Hilary Calvert after Dunedin police announced yesterday nobody would be charged over the council's decade-long vehicle fraud.

Inspector Jason Guthrie said in a statement Citifleet team leader Brent Bachop was ''believed to be the sole person responsible'' for the fraud. There was insufficient evidence to charge anyone else.

Mr Bachop died suddenly in May last year, days after being questioned about irregularities within Citifleet.

A Deloitte report subsequently revealed he was at the centre of a fraud involving the sale of 152 council cars to buyers inside and outside the council, with proceeds pocketed by Mr Bachop.

Most councillors yesterday expressed a mixture of frustration and acceptance at the police decision.

However, Cr Mike Lord went further, saying it appeared others profiting from the fraud had kept silent and blamed the dead man.

Mr Bachop might have been the instigator, but Cr Lord said he would be ''very surprised'' if others did not know more about what was going on than they had admitted to police.

''Because he [Mr Bachop] is no longer here to say any different, their secret is pretty safe with them and them alone.

Police had to ensure there was ''sufficient evidence'' to prosecute and prove its case beyond reasonable doubt, using guidelines including the likelihood of a conviction, he said.

All aspects of the Deloitte report had been investigated, but none of the established facts supported the likelihood of a successful prosecution, he said.

That was not good enough for Cr Calvert, who said she raised the idea of a private prosecution with council acting chief executive Grant McKenzie yesterday.

She wanted an independent legal expert to review the evidence and decide if there were grounds for a private prosecution, which could address ''unresolved questions'' arising from the fraud.

It was possible the police might yet pick up the case if progress was made, Cr Calvert believed.

''I think the people of Dunedin would like to see us do everything we can to bring anyone who's profited from any of the sale of our cars to account.

''It should be taken to the courts, and if it turns out a conviction can't be secured, at least we have done everything we can.''

Mr McKenzie declined to comment on the idea, but Cr Richard Thomson said his ''extraordinarily strong advice'' would be to avoid such a costly exercise.

''You have to have an extraordinarily strong case to warrant spending hundreds of thousands of dollars - and that's what it would be - to progress something like that.

''You would just be chucking very large quantities of ratepayers' money down the toilet, quite probably.''

Cr Thomson said he could not be disappointed by the police decision, as that would ''assume there's someone to prosecute''.

''I don't want to suggest someone got away with something here, because I simply don't know that.''

Cr Aaron Hawkins said it was ''a shame'' no prosecution would follow, as it ''would probably help heal the damage done to the relationship between council and the community''.

Cr John Bezett accepted suspicion might fall on others, but if police decided not to prosecute ''then no-one is getting away with anything''.

''I trust the investigation the police have done.''

Cr Andrew Noone said he was ''a little bit disappointed'' by the outcome, but it was time to move on from what had been a ''sad and sorry saga''.

Dunedin Mayor Dave Cull and council chief executive Dr Sue Bidrose are overseas, and other councillors could not be reached or declined to comment.

Mr McKenzie said in a statement the police investigation had been ''thorough and detailed'', but ''we are disappointed those who directly profited from the fraud won't be held to account through the criminal justice system''.

''We appreciate the police efforts and we can assure ratepayers that although there will be no criminal prosecutions, people within the organisation have been held accountable.''

The fraud has left ratepayers at least $912,000 out of pocket, including investigation and legal fees, even after the council recouped $1 million through a payout from its insurer, QBE.

The Deloitte report found council staff, individual families and car yards had bought vehicles from Mr Bachop, but their identities have remained under wraps - despite the release of the partially-redacted report - for privacy reasons.

Car buyers interviewed by Deloitte had argued they thought Mr Bachop was authorised to sell the cars.

The report also identified other areas of potentially fraudulent activity by Mr Bachop, including $102,908 worth of inappropriate spending on council fuel cards, the purchase of a $7333 trail bike and inappropriate personal use of council vehicles.

The fraud's discovery was followed by the resignations of three council staff, while two more lost their jobs as a result of ''employment processes''.

The report identified key gaps in council processes, but Mr McKenzie said much had been done to close those gaps and protect the council against any repeat.

''This work has been going on for well over a year and is how the Citifleet fraud was uncovered in the first place.''